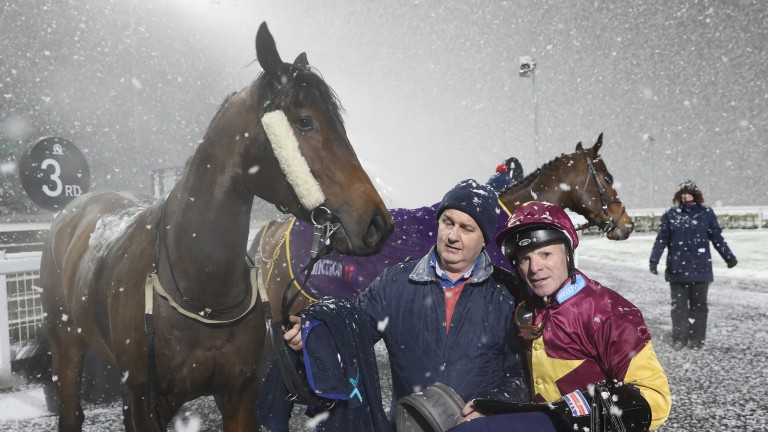 The final three races on Newcastle's card on Friday evening were abandoned due to snow, with the decision coming after conditions worsened following the fifth race.

"I've had harder calls to be honest," said clerk of the course James Armstrong.

"There was nothing we could do. We'd had this in our minds all day. We'd gritted four times and ploughed before the race, but it was just coming down too fast.

"Jockeys, trainers and vets were all in agreement we had to abandon as it was balling up on our feet as we were walking around, so it would have happened to the horses too."

Franny Norton, who rode Executive Force to victory in what turned out to be the track's final race of the evening in the mile handicap, agreed conditions were "horrendous".

He said: "It was initially fine. There were small fields and it was perfect the way it was, but suddenly the snow started coming down and balling up under our feet – it would have been impossible for horses to run on it."

The coming days are forecast to be much milder and there are no concerns for Tuesday's card.

FIRST PUBLISHED 7:32PM, FEB 1 2019
It would have been impossible for horses to run on it