Smullen out to continue strong link with Ancient Sands 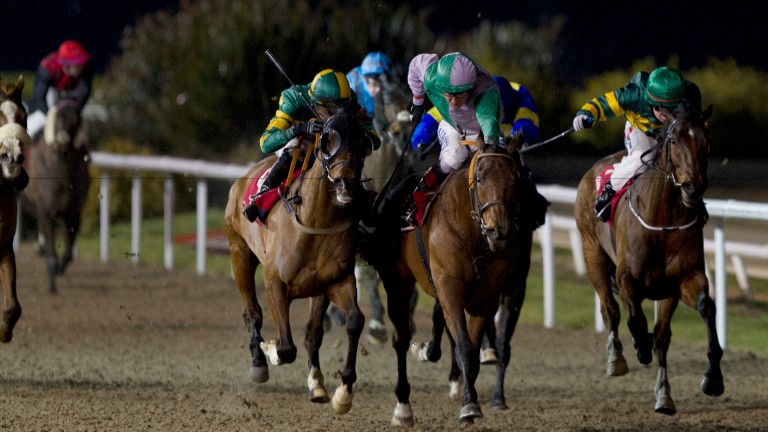 Ancient Sands and Pat Smullen are out to record more Dundalk glory on Friday
Patrick McCann
1 of 1
By Brian Sheerin 6:00PM, DEC 1 2016

It’s worth taking note when trainer John Kiely picks up the phone to book Pat Smullen for Ancient Sands. The champion jockey has ridden the eight-year-old to victory four times and finished second on him twice.

Ancient Sands was last seen running as well as one could make out in the fog at Punchestown, where he was beaten just over eight lengths behind Dalmatia in a competitive 2m handicap hurdle.

With race fitness on his side, the son of Footstepsinthesand returns to a surface and trip over which he has enjoyed plenty of success.

Political Policy, Poitin, Kalann and Carried are the other course-and-distance winners in the line-up, while Venezia, Ringside Humour, Lusis Naturea and Winter Lion have scored here before, but not over the trip.

Former flapping star Rossa Ryan has his eye on a first success in the saddle aboard Lusis Naturea. The Galway teenager claims 10lb and rode six times at this track last month.

Gavin Cromwell, trainer of Political Policy
He's been a fantastic horse for us and always runs his race. The handicapper may have a grip on him now but he's in very good form.

Pat Smullen, rider of Ancient Sands
He has a liking for Dundalk and I've had a good association with him. It’s a tight little contest and there’s plenty of Dundalk form on offer, but hopefully our fella will run a big race.

Joseph O’Brien, trainer of Jaqen H’Ghar
I’m looking forward to a good run from him. He ran well here two weeks ago and has been in good form since. Hopefully he'll have a nice pace to aim at.

Noel Kelly, trainer of Lusis Naturea
I thought he ran well the last day as they crawled and he was just done for toe. The trip will suit him as it’s two furlong further than last time and he stays well. His draw is not ideal but hopefully he can get involved. Rossa Ryan takes the ride and I saw him flapping and I really think he could be a future star.

Matthew Smith, trainer of Winter Lion
He was raised 4lb for his win here the last day. He seems to be in good form since then, although stepping back in trip is a slight worry. I’m happy with him and hope he can run well again. He likes the surface.

Michael Halford, trainer of Venezia
He's in good form and handles the surface well. He ran well here last time and has come out of his race well. He's in off a low weight, which should be a help.