Emma Meehan (left): "This is my dream job and I am very confident the track will pass a precautionary inspection on Tuesday morning."
Alain Barr
1 of 1
By Brian Sheerin UPDATED 6:29PM, DEC 19 2018

Horse Racing Ireland boss Brian Kavanagh has said he is pleased that an agreement over a fee could be made between the Down Royal executive and its Merrion Property Group successor for crucial assets such as hurdles, fences and railings.

As indicated in the Racing Post last week, talks aided by HRI had gone well and a deal was nearing its completion, and Kavanagh has welcomed the outcome of such discussions.

He said: "I'm pleased that an agreement has been reached which will allow racing to continue in a seamless manner at Down Royal.

"This was not an easy situation, but both sides were willing to find a resolution in order for a deal to be struck. That is now the situation and we look forward to working with the new management team at Down Royal.

"I'd like to pay warm tribute to the Down Royal Corporation of Horse Breeders for the way they have developed the racecourse to the position in which it was voted Racecourse of the Year in 2017." 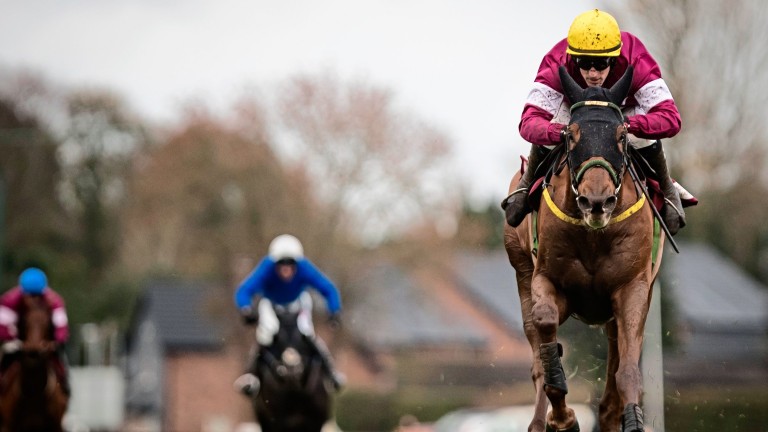 The DRCHB will host its final fixture on St Stephen's Day and Merrion, which recently unveiled Dundalk's former sales and marketing manager Emma Meehan as the new track CEO, will need to have everything in place for their opening raceday on January 29.

Speaking about the task at hand, Meehan said: "I'm fully aware of the history and the prestige associated with the site and indeed I pay tribute to the outgoing management team.

"We're confident that the racecourse will continue to serve racegoers for many, many years to come.

"We're now fully focused on our task, which is to deliver horse racing at Down Royal, starting in January 2019, in a way which maintains and enhances the experience of racegoers and the horse racing community throughout Ireland. We are looking forward to that challenge."

FIRST PUBLISHED 6:28PM, DEC 19 2018
I am fully aware of the history and the prestige associated with the site and indeed I pay tribute to the outgoing management team