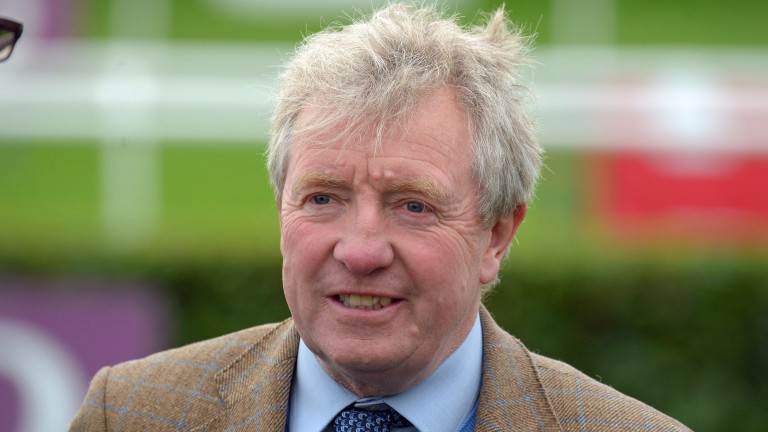 Bryan Smart, whose yard is under quarantine due to a case of equine herpes virus at the neighbouring stable of Kevin Ryan, is hoping to get permission from the BHA to run Royal Ascot hopeful Excellently Poised this weekend.

Smart and Michael Herrington, who also trains at Hambleton near Thirsk, were placed under temporary restrictions because they had shared transport with Ryan, whose stable was shut down on Friday after one of his string was confirmed to have EHV-1.

The BHA confirmed there had been no new cases of the virus, which can cause respiratory disease, lack of coordination, paralysis and even death.

Excellently Poised, who runs in the colours of former Manchester United manager Sir Alex Ferguson, made a winning debut at Musselburgh, after which Smart spoke of him as a potential Norfolk or Windsor Castle Stakes candidate.

He has entered the colt in the Brian Yeardley Continental Two-Year-Old Conditions Stakes at Beverley on Saturday.

"We're hoping he could be a Royal Ascot horse," he said. "It's a bit close to Ascot really but we'll give it a whirl as long as everything is clear.

"I've got some tests to do on Wednesday and if they're clear they're going to let me run my two-year-old on Saturday. That would be a big relief."

Smart has his own transport but had to bring one of his team back in Ryan's box from Haydock last month after a breakdown.

"We never share but the lorry broke down and we had to get the horse home somehow," he explained.

BHA head of media Robin Mounsey said: "There have been no further cases of the virus manifesting in neurological form at present, although we continue to monitor the situation.

"The BHA are working closely with the three affected trainers and have been in attendance at all three yards."

FIRST PUBLISHED 5:29PM, JUN 5 2017
I've got some tests to do on Wednesday and if they are clear they are going to let me run my two-year-old on Saturday