Pam Sly finds herself in the unfamiliar position of having the possible favourite for a £100,000 sprint, but Dazzling Dan has earned his place in the market.

The three-year-old won a £50,000 handicap at Newmarket last month having been a good second at Doncaster two starts ago. Moraawed, who won the race at Doncaster by only a head, reopposes here.

Sly, who has trained a mixed string near Peterborough for more than 30 years, has not had a Flat horse as good as Dazzling Dan since 2006 1,000 Guineas winner Speciosa, and the trainer is understandably excited.

She said: "He's absolutely fine and in good form. It would be marvellous to win it as I have a leg in him myself with three others, including Dr Tom Davies, who was also in Speciosa. Unfortunately he can't come to York as a retirement party has been organised for him on the day.

"Dazzling Dan is not very big, but he's a ball of muscle and is obviously improving. David Probert does not ride for me much, but I'm very happy to keep him on after he won on him at Newmarket."

Will Moraawed handle the ground?

Moraawed and Dazzling Dan have met twice already this season and the score is tied at one victory a piece.

However, whereas Dazzling Dan is already proven on soft, Moraawed's turf races have only come on good ground and trainer Roger Varian acknowledges the son of Swiss Spirit has something to prove.

He said: "Moraawed is in great form and is weighted to run a big race, but the ground is a slight question mark. He's wearing blinkers for the first time, not because I think he's ungenuine but because he's inclined to run a little bit lazily."

Why isn't Danny Tudhope on Victory Day for Clipper Logistics?

Victory Day is the more-fancied of two runners for Clipper Logistics, but the owner's retained rider Danny Tudhope cannot do the weight and will partner Secret Venture instead.

William Haggas has an excellent substitute in Jamie Spencer and said: "He's a nice horse who ran well at Ripon, should handle the ground and has plenty of speed. He's drawn 21 though, and you just don't know if that is good or bad."

Stablemate Luxor was "too fresh" last time at Newmarket according to Haggas, who added: "The softer the better for him."

How difficult is it to carry top weight here?

Many of these sprinters are still learning their trade and in the past there have been what turned out to be proper Group 1 sprinters lurking well down the handicap.

Twilight Son, winner of the Diamond Jubilee Stakes in 2016, won carrying just 8st 10lb, while in the distant past the subsequent July Cup and Nunthorpe winner Cadeaux Genereux won under just 8st 5lb in 1988.

Top-weight Blown By Wind is built for the task and trainer Mark Johnston has booked Ryan Moore, who has had three winners from 11 rides for the stable this year, to ride the son of Invincible Spirit. 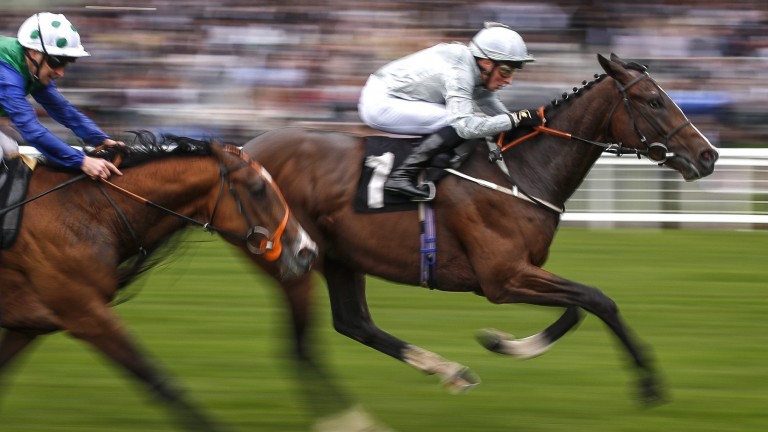 Johnston's son and assistant trainer Charlie said: "We were very pleased with his run at Newmarket and I think time will show that trying to give 11lb to Awe was a big ask. Unusually for one of ours, I think he'll still come forward again, even from his second run.

"He had a long time off after getting injured in midsummer last year and I think he went to Leicester first time at about 560 kilos – we would not send many horses to the races that heavy."

Tony Carroll, trainer of Recon Mission
He's a nice horse who has done nothing wrong and is not without a chance. The ground was a bit lively for him at Epsom but he had run well at Chester the time before and will enjoy the return to 6f.

Adam Ryan, assistant to his father Kevin, trainer of Rathbone, Secret Venture and Yousini
They are all in good order. Rathbone has started the season well, with two nice wins, and he's definitely on the upgrade. Secret Venture made a very pleasing return and won't be inconvenienced by any cut in the ground, and Yousini ran a great race at Newmarket first time out. 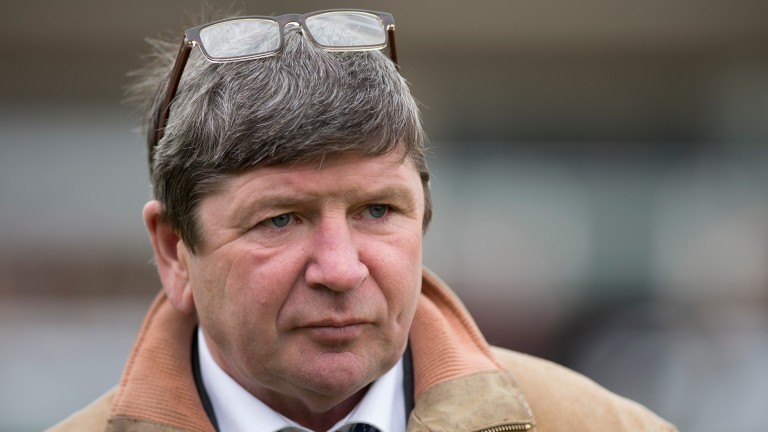 Richard Fahey, trainer of Cosmic Law, Charming Kid, Ventura Ocean and Nicki's Angel
The rain has been a big plus for Cosmic Law and I thought his comeback second at Chester was a good run. The handicapper is giving Charming Kid a chance now and he's not out of it on his best form. Ventura Ocean has been waiting for this since he won at Pontefract in April, and Nikki's Angel has no weight and has small chance if the drop in trip works.

Andrew Balding, trainer of Firelight
It's a very difficult race to win but Firelight ran well in the Lowther last year and ought to run well again. She ran okay over 5f at Windsor on her reappearance.

Richard Hannon, trainer of Magical Wish and Wedding Date
Magical Wish ran very well over 7f at York last time which would give him a real chance in this and the course drains well so hopefully it won't be too bad. I’m not sure if the ground is really in Wedding Date's favour and she’ll have to improve to win off 87.

FIRST PUBLISHED 6:00PM, JUN 14 2019
Dazzling Dan is not very big, but he's a ball of muscle and is obviously improving