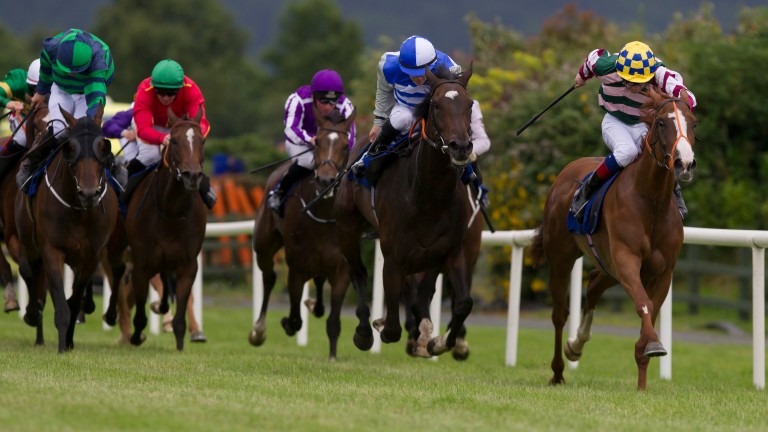 Creggs Pipes: seen here winning at Killarney, has been retired
Patrick McCann
1 of 1
By David Jennings 9:48AM, AUG 30 2017

Creggs Pipes, winner of the Group 2 Lanwades Stud Stakes at the Curragh in May, has been retired after amassing €263,130 in prize-money, with trainer Andy Slattery making the decision after she was found to be lame following a piece of work at the Curragh last week.

The five-year-old won seven of her 23 outings and was being aimed at the Matron Stakes on Irish Champions Weekend, but a new career as a broodmare is now awaiting her, and her first rendezvous will be with Fastnet Rock.

"Creggs Pipes was a superstar for me and put me on the map," said Slattery.

"She was a once-in-a-lifetime type of mare we'll never see the like of again. What made her so good was her heart. She was so brave and never let you down.

"She worked really well at the Curragh last week but was lame afterwards. Her near-fore flared up; the same injury as she'd had before.

"She'd have been fine for next year but I'd have never forgiven myself if something happened to her. It was me who made the call. Her owner wanted to race on but I couldn't do that to her. She owes us nothing and has been an absolute star."

Creggs Pipes gave Slattery many memorable moments on the track but the trainer had no hesitation when asked for the best one of all.

"Oh, definitely when she won the big mile [Colm Quinn BMW Mile] race at Galway, that was just magic," he said.