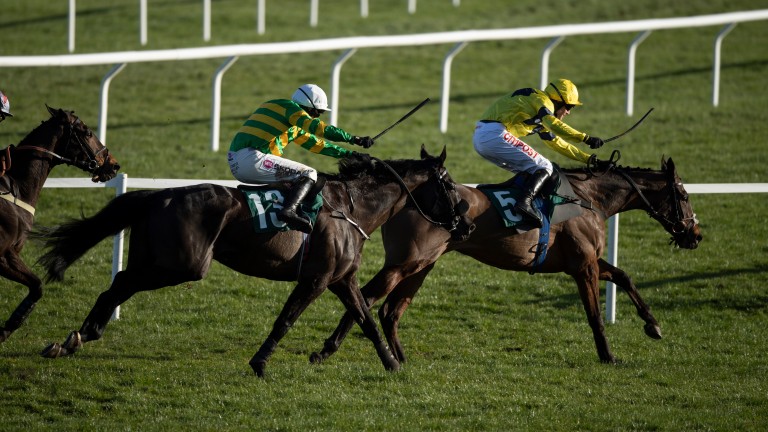 It took something unusual to beat the Irish on St Patrick's Day – a jockey back from a freak injury on a horse who was racing over a trip scarcely half as far as on his last visit to the festival.

Nick Scholfield missed much of the winter after breaking his leg in three places when kicked by a riderless horse after the line at Fontwell in November.

But he was determined to regain fitness for the spring to partner the remarkable Sky Pirate, who trailed in seventh in the 3m2f Kim Muir at Cheltenham two years ago, yet has been reinvented as a progressively talented two-miler this season.

But the jockey has an arrangement with owner Martin Tedham, the yard sponsor. He was back on board for Sky Pirate's festival prep run at Warwick and kept the mount for his second crack at festival glory in the 2m Johnny Henderson Grand Annual Handicap Chase.

He repaid that faith by producing the 14-1 shot to lead at the final fence, then just held the strong-finishing Entoucas on the run-in to score by a short head.

"This is what it's all about and I'm very grateful to Mr Tedham and Jonjo for giving me the opportunity," said Scholfield, after riding his third festival winner and his first since 2015. "Other people have been winning on him but they kept the faith.

"Although he's still a novice, his jumping was electric and we had a great run round the inside. The gap opened coming to the last and I thought, 'I'm here a bit soon', but thankfully he kept pulling out more. He had every opportunity to die up the run-in and he's just held on."

Sky Pirate had gone two and a half years without a win but has now landed three of his last four races and O'Neill said: "He's just come in a different horse this year. I can't give you an answer as to why but I'm delighted he did!

"He stays further but he's much better with a fast gallop at two miles. You get a good gallop in a good handicap and it plays into his hands. He was probably there a little bit too early but when the gap comes there's no point in waiting."

O'Neill was enjoying his 27th winner as a trainer at the meeting and said: "A winner at Cheltenham is what everybody comes here for. When it all comes right it's fantastic.

"Everybody works for this week. To have runners is fantastic and to have a winner is even better." 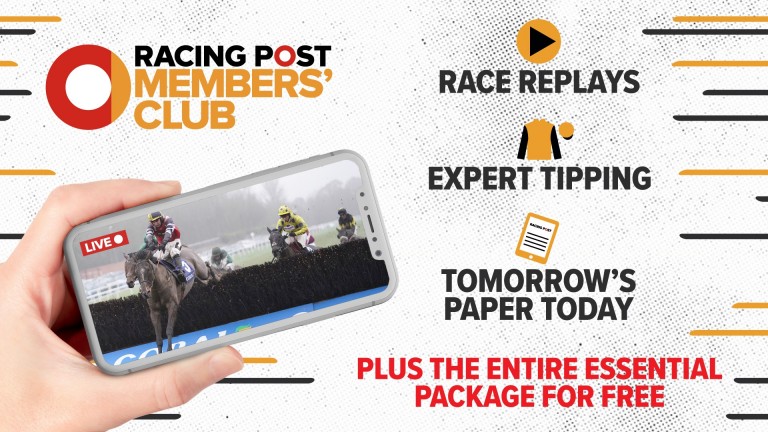 FIRST PUBLISHED 4:29PM, MAR 17 2021
The gap opened coming to the last and I thought, 'I'm here a bit soon', but thankfully he kept pulling out more