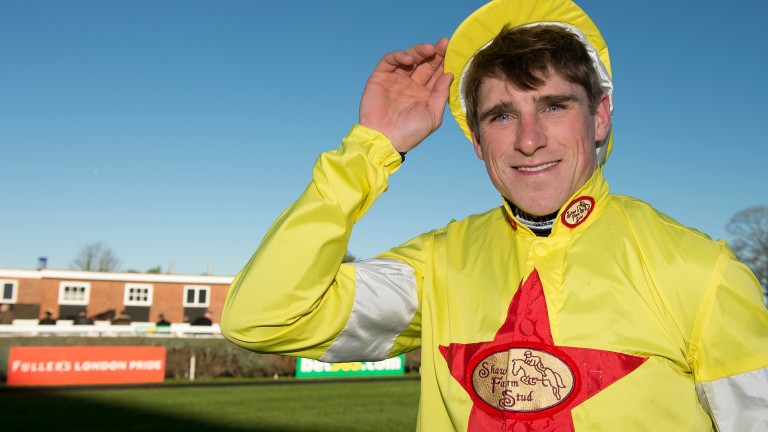 Jockey Harry Skelton will be out to prove a chip off the old block on Friday evening as he enters a different equestrian arena to take part in a showjumping challenge at the London International Horse Show.

Skelton, son of Olympic gold medal showjumper Nick, features in the line-up for the Markel Champions Challenge between jump jockeys and their Flat counterparts in aid of the Injured Jockeys Fund.

"I'm looking forward to it and it's great to have been asked," he said on Thursday. "Obviously I've got a bit of showjumping in my bloodline and Dad is one of the coaches so I'll have to do as I'm told for once."

Skelton, who will joined by Richard Johnson, Victoria Pendleton, Sam Twiston-Davies and Tom Scudamore in the jumps team, will be up against girlfriend Bridget Andrews, a late call-up to the Flat squad including Frankie Dettori, Jim Crowley, Adam Kirby and Jamie Spencer.

"Bridget is in opposition so there'll be a bit of rivalry all right," he added. "I competed in a lot of shows when I was younger and did well as I had really good ponies."

The competition at Olympia, staged at 6.45pm and shown live on the BBC red button and Sky 980, marks the start of a big weekend for the Skelton household, with Nick one of the 16 nominations for the BBC Sports Personality of the Year award to be presented on Sunday night at the Genting Arena in Birmingham.

"It's a massive weekend with our runners in the main races at Ascot on Saturday and we're looking forward to Sunday as it will be a great day for the family," Skelton added. "We'll all be behind him and hopefully people will pick up the phone and vote for him."

FIRST PUBLISHED 5:57PM, DEC 15 2016
Bridget is in opposition so there'll be a bit of rivalry all right