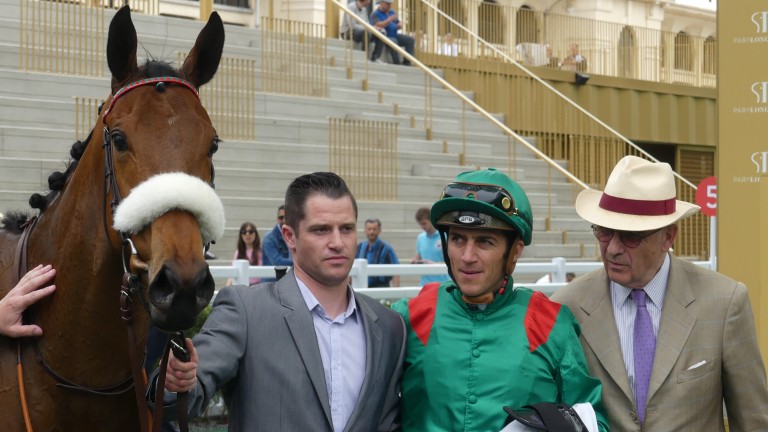 Siyarafina would need to be supplemented for the Poule d'Essai des Pouliches
Racing Post / Scott Burton
1 of 1
By Scott Burton UPDATED 8:26PM, APR 22 2019

On a day rich with future promise on the three-year-old front, the biggest impression of all was made by Siyarafina, who made her debut only on April 4 but who must now rank as one of the favourites for the Poule d'Essai des Pouliches (French 1,000 Guineas) back at Longchamp on May 12.

The Aga Khan's daughter of Pivotal will need to be supplemented at a cost of €36,000 but trainer Alain de Royer-Dupre could do little to hide his enthusiasm for Siyarafina, after she easily disposed of the well-regarded Commes.

"It's difficult to come from behind like that when there is no pace and it requires talent so I hope that means I have come across a good one," said Royer-Dupre.

"She is very calm at the races and in the mornings which means she takes it all very well. We are a day short of three weeks away [from the Poule d'Essai] but it is that ability to recover that makes me think it will be doable."

While times don't tell the whole story, Siyarafina came home in 10.77 secs and 11.15 secs for her final two furlongs.

She was completing a double on the card for connections, after Dariyza made a winning debut against some well-bred opponents over an extended mile and a quarter in the Prix de Chaillot.

A daughter of Hong Kong Vase heroine Daryakana, Dariyza looks to have a bright future of her own, although Royer-Dupre highlighted the difference in the raw speed shown by the stablemates in the morning.

"Siyarafina worked with the filly that won earlier today and she left her six lengths behind without effort," he said. "But Dariyza will need 2,400 metres [a mile and a half], which she won't. That's not to say she won't get further than this, the future will tell us."

Dariyza showed a decent turn of foot in also from coming from off the pace.

"She seems like she has plenty of quality," said Royer-Dupre. "Her mother won a Group 1 in Hong Kong having been last entering the home straight so she seems to have inherited similar traits." 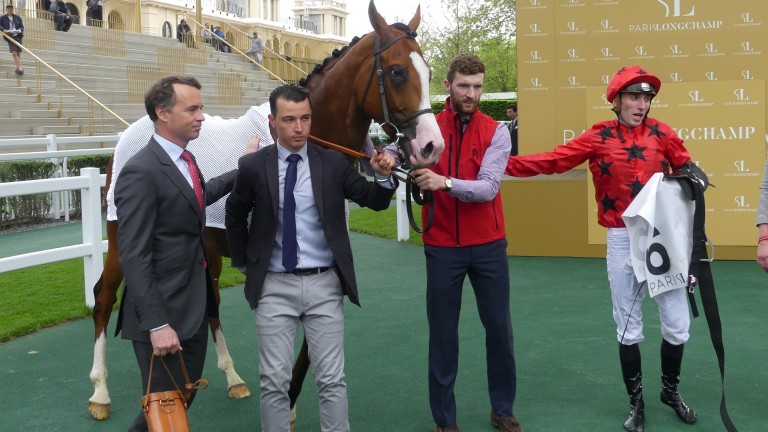 Eagle Hunter also made a decent impression when winning the other Class 1 trial on the card, the Prix Machado, under Pierre-Charles Boudot.

The son of Dansili was profividing Al Asayl Bloodstock with another success in France but trainer Francis Graffard did not appear in a hurry to give Eagle Hunter straight into Group 1 company.

"He is still very green and it's good that Pierre-Charles knows him well having already worked him several times," said Graffard. "He has a lot of natural speed and a big stride on him.

"He has proved that he handles good ground and has shown the same as he does in the mornings but he is still very raw and I'd prefer to bring him along and not rush him."

The Freddy Head-trained Motamarris preserved his 100 per cent record in the Prix de Solferino and looks a colt with plenty to offer off a stronger pace.

FIRST PUBLISHED 6:23PM, APR 22 2019
Siyarafina worked with the filly that won earlier today and she left her six lengths behind without effort