Talk of the Tracks FFOS LAS

Sirop de Menthe continues to shine for the Gardners 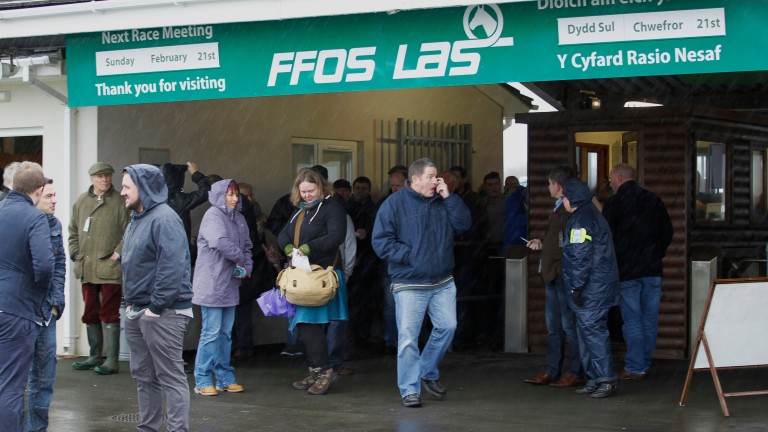 A drop in class and a step up in trip proved a winning formula as Sirop de Menthe took the feature 2m6f handicap hurdle.

Last seen when finishing down the field in the Imperial Cup, he was forced to dig deep to overcome course specialist Red Devil Lads, who has yet to finish out of the money in six visits to the track.

It was Sirop de Menthe's fourth win since joining Susan Gardner's stable, a sequence that has seen him climb 30lb in the handicap.

"We thought he was fit enough at home," said winning jockey Lucy Gardner, who has partnered the six-year-old to all those victories.

"We were going up in distance, but he won over 2m3f in the heavy at Lingfield so I was pretty confident he'd get the trip here."

Star for the future

The familiar Long Run colours of Robert Waley-Cohen made their first appearance in the Ffos Las winner's enclosure when Impulsive Star took the second division of the 2m4f maiden hurdle.

"We wanted a nice introduction and that is what we've been lucky enough to have," said the owner, after his Irish point and bumper winner got the hang of things in the closing stages to see off Riot Act by five lengths.

"He's still got to learn his trade and by the way he's finished that, two-and-a-half miles would be a minimum trip for him.

While Impulsive Star is all about stamina, Gayebury - who took the first division in a time 15 seconds quicker - is much more about speed.

And in denting some lofty reputations, he kept alive the good recent run of trainer Evan Williams - this was his sixth winner in the last fortnight - who was watching on from Haydock.

Rebecca Curtis's gamble of dropping Highway Storm back in trip paid dividends as the six-year-old won for the first time over fences in the 2m5f novice handicap chase.

He looked one of the first beaten in the back straight, but kept his challengers at bay one by one before seeing off Return Flight by a neck.

Curtis said: "It was a bit of a risk dropping him back in distance as he stays so well, but his jumping has kept him in it."

It was the first leg of a double for the Pembrokeshire trainer, with Just A Thought creating a good impression when dominating the closing bumper.

It was easy to cast an eye to the future with both divisions of the maiden hurdle won by horses - Gayebury and Impulsive Star - who have the potential to be high class.

FIRST PUBLISHED 7:01PM, NOV 18 2016
We were going up in distance, but he won over 2m3f in the heavy at Lingfield so I was pretty confident he'd get the trip here