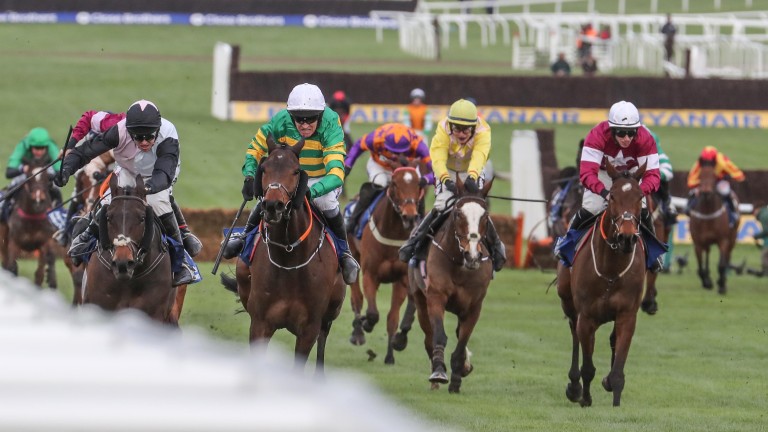 What goes around comes around. A year ago in this race Gordon Elliott, Barry Geraghty and JP McManus teamed up with the heavily backed favourite in Glenloe, who looked the winner everywhere bar the line as he was just touched off in a photo-finish by stablemate Delta Work.

This time the triumvirate came out on top, by the comparatively wide margin of a neck, yet they never looked like winning.

Sire Du Berlais jumped poorly, had an even worse journey, and was never where he needed to be. So much so it was a surprise he touched a high of only 240 on the Betfair exchange.

But Elliott had prepared him to the nanosecond. Geraghty produced a ride carved from the East Antarctic Plateau. And little Sire Du Berlais? Well, he stuck out his neck, pinned back his ears, and just tried harder up the hill than anything else all week.

"It was a masterful ride; he didn't panic," said a delighted Elliott, who has fully relaxed after Wednesday's double rectified Tuesday's blank.

"He was tight for room at the top of the hill and that's why Barry's a man for the big days."

That man said: "He was a bit cold over the first three and we were a bit squeezed for room at the third-last. It was a good performance by the horse because he wasn't in the prettiest spots. There was plenty of traffic, but he was responding to urging. 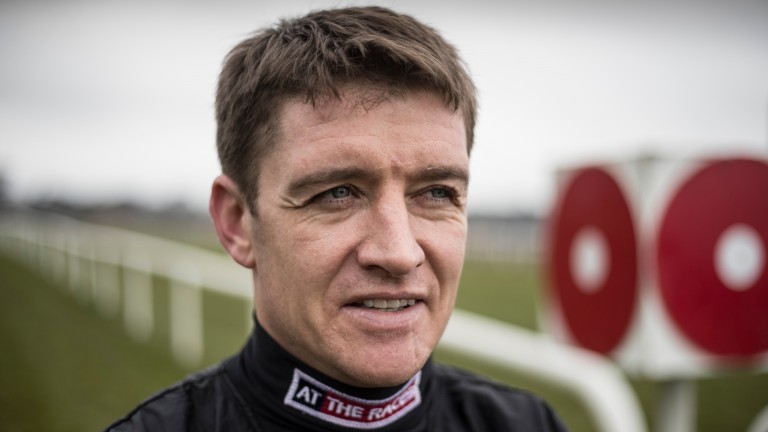 Barry Geraghty: "He was up against it the whole way round, but he pulled out and battled and found"
Patrick McCann

"He was up against it the whole way round, but he pulled out and battled and found; he was a willing partner. I was needing the line because when I collared Mark [Walsh, on third Not Many Left] I had Bellsy [Tom Bellamy, rider of runner-up Tobefair] coming on my left, so I was needing the line. I was a little bit out of breath by the time I got to it."

So were the crowd, who smashed him into 4-1 before the off and roared him home as Sire Du Berlais made the impossible probable in front of their very eyes.

It was a result industry insiders said would have cost the betting industry millions. The bookmakers were understandably cheering for Debra Hamer to saddle a first, and 40-1, festival winner with the gallant Tobefair.

But they don't give out festival winners because it's a good story and, despite just bringing up winners 37 and 38 in quick succession,Geraghty summed up just what it meant.

"It's just great to get winners here," he said. "Not every lad is fortunate enough to be in a position to ride good horses who can win. You see good riders in there who aren't riding winners and I've been feeling sorry for myself not getting winners the first couple of days. It means so much to get a winner.

"There are really good riders coming here every year who don't get the opportunity. It's a cruel business in that aspect, but it's brilliant when you do get winners here – it's the be-all and end-all."