Cheltenham Reports AS IT HAPPENS 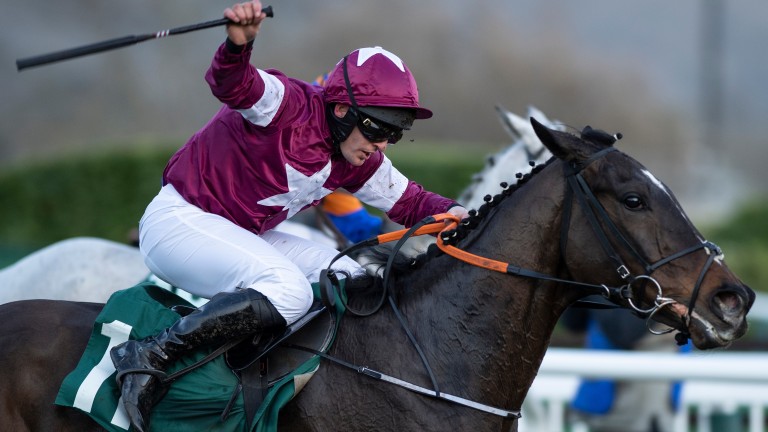 Milan Native and Rob James head for home in the Kim Muir on day three at Cheltenham
Edward Whitaker
1 of 1
By Tom Ward UPDATED 6:45PM, MAR 12 2020

Milan Native book-ended an excellent afternoon for Gordon Elliott as he outstayed Kilfilum Cross in the Kim Muir.

The 9-1 shot carried 7lb claimer Rob James into contention on the turn for home and would not be denied as he shook off the attentions of the runner-up and the strong-finishing Bob Mahler in third. 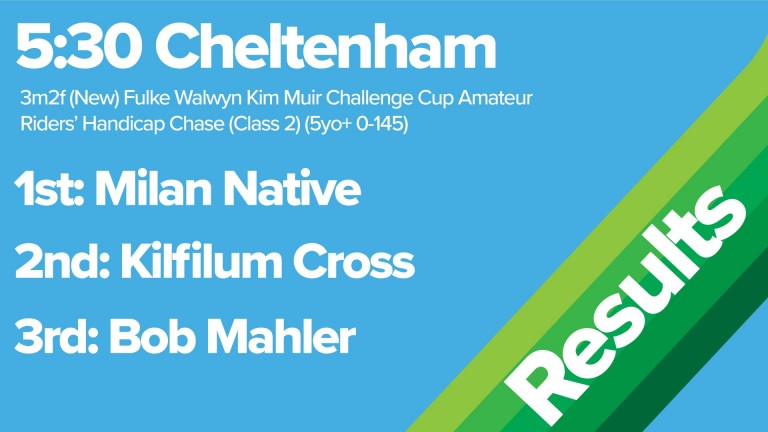 The victory was Elliott's third of the afternoon and his sixth of the festival. He said: "Delighted for Rob, he's a great fella and a top point rider. I was a bit nervous as he's not won a chase but this race had been the plan. It's a race we like.

Winning jockey James added: "It's unbelievable. Gordon's a genius. He told me to stay with Jamie [Codd] the whole way and that's what I did.

"Milan Native winged the second last and then he was gone, he was actually pricking his ears going to the line."

The Henry de Bromhead-trained Plan Of Attack was fourth.

Willie Mullins continued his domination of the mares' novices' hurdle as the Simon Munir and Isaac Soeude-owned Concertista demolished her 21 rivals under Daryl Jacob.

A close runner-up to Eglantine Du Seuil in the race 12 months ago, the six-year-old made no mistake on this occassion as she travelled supremely well throughout under Daryl Jacob.

Dolcita, also trained by Mullins, could not cope with her stablemate after the last and finished a distant runner-up, with the Philip Kirby-trained Rayna's World outrunning her odds of 100-1 in third.

Jacob said: "She had a real turn of foot. I never had the position I wanted and got bumped coming down the hill but she found a gap I didn't think she could get through and stayed all the way to the line. 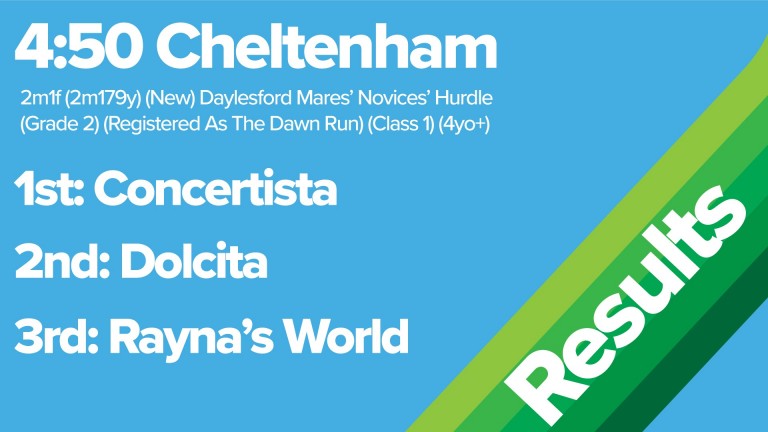 "She's done it really nicely. All credit to Willie and his team, from this day last year they pinpointed this race for her."

Mullins has now won all five runnings of the race since its inception in 2016.

On the performance of Rayna's World, Kirby said: "She's a lovely filly and will be a lot better next year."