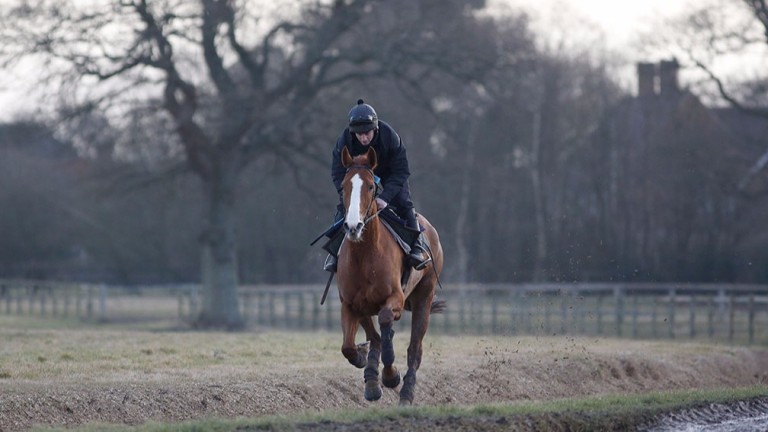 Gary Moore's Clarence House Chase challenge was reduced by half on Tuesday when he ruled out Sire De Grugy, but Ruby Walsh, rider of Saturday's odds-on favourite Un De Sceaux, reckons the trainer still has a fine chance of spoiling his party with Ar Mad, whom he said will be a tough nut to crack at Ascot.

Sire De Grugy, who won the Clarence House in 2014 before landing that year's Champion Chase, exercised at Moore's yard on Tuesday morning but did not sparkle in the way connections wanted.

He will be now pointed at Newbury's Betfair Exchange Game Spirit Chase on February 11.

"Sire just needs a bit more time between his races and hasn't quite worked the way he can do," said Moore, who now relies on Ar Mad, three and a half lengths off Walsh and Un De Sceaux in the Tingle Creek last month.

Walsh, who steered the Willie Mullins-trained nine-year-old to victory in the Clarence House 12 months ago, said: "It looks like being a similar race to the Tingle Creek with the exclusion of Sire De Grugy but the inclusion of Special Tiara.

"I imagine Ar Mad will probably be less exuberant having had a run and will be a tough nut to crack, but Un De Sceaux won the race last year and seems in really good form.

"Any rain that falls would play to his strengths as he's a definite liking for testing ground. To be fair to Un De Sceux he's won at a lot of different tracks, but there's a lot of jumping at Ascot and it suits horses that like to get going with their business."

Un De Sceaux is 5-6 with William Hill for the Grade 1 that will be run under the banner of the Berkshire Community Foundation, while Ar Mad is a general 2-1 chance.

"I had to give Ar Mad a lot of respect in the Tingle Creek, but when he made one mistake he seemed to make a couple of quick ones after that and knock the stuffing out of himself," Walsh added on Racing UK. "You'd have to be taken with the way he came home and finished his race though. You'd expect him to be a little less gassy and he'll take the beating."

FIRST PUBLISHED 11:12AM, JAN 17 2017
Sire just needs a bit more time between his races and hasn't quite worked the way he can do