Trainer likely to rely on Ar Mad in Clarence House 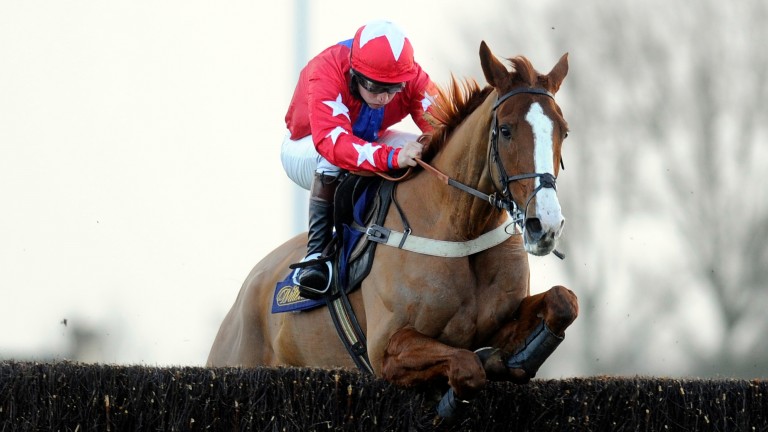 Moore will still be represented at Ascot on January 21 in the form of the bold-jumping front runner Ar Mad, who he reports to be "flying at home", but the trainer feels the 2014 Champion Chase winner requires more time.

"A week is a long time in racing, but at the moment my preference is to wait for the Game Spirit for Sire De Grugy," said Moore.

"Don't get me wrong, Sire De Grugy is in great form at home too, but I'm just leaning towards giving him a bit more of a break as he's been busy.

"The other factor is jockey bookings as with Josh [Moore] on the sidelines, [brother] Jamie will ride Ar Mad [at Ascot]. That means I'd have to put someone else up on Sire De Grugy for the first time and I'm not all that keen on doing that."

The revelation Jamie Moore was willing to get off the horse he has described as his best friend says a lot about the regard in which the Moores hold Ar Mad and would suggest he would have been their first string in a race which Sire De Grugy won in 2014.

"With just over a week to go until the Clarence House at Ascot, it is looking more and more likely that Ar Mad will be our only runner in the race," Moore added in his Betway blog.

"He seems a different horse now from the one going into the Tingle Creek and is flying at home. Maybe Un De Sceaux has improved plenty since too, but I honestly couldn't be more delighted with Ar Mad. I'm really looking forward to seeing him back in action.

"The Clarence House will tell us whether he is a genuine Champion Chase contender or whether or not we elect to step him up in trip for a race like the Ryanair Chase, but win, lose or draw at Ascot, I have half an eye on going back to Ascot with him again in February for the Ascot Chase."

FIRST PUBLISHED 12:24PM, JAN 13 2017
With just over a week to go until the Clarence House at Ascot, it is looking more and more likely that Ar Mad will be our only runner in the race