Sir Peter O'Sullevan awards to be supported with record attendance 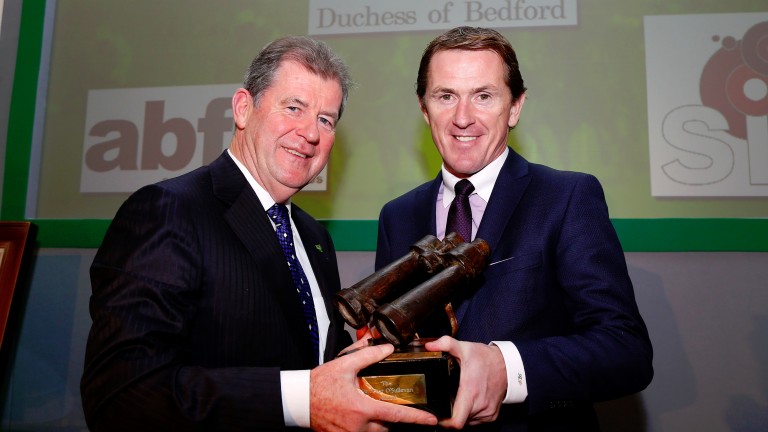 The annual Sir Peter O'Sullevan charity fundraising awards lunch, which takes place at the Dorchester Hotel in London on Thursday afternoon, will be supported with a record attendance.

Sir Peter O'Sullevan charitable trust administrator Nigel Payne said: "We have a record 485 people coming. It's fantastic to see the event so well supported. Comedian Rory Bremner, who spoke at Sir Peter's memorial and was a great friend, will be a guest speaker – he wanted to do it as a tribute.

"Rory does a great impression. If you close your eyes while he is speaking it is almost like Sir Peter is in the room."

Nearly £4.5 million has been raised for charity through the awards, which are in their 20th year. The most coveted of the ten lots is expected to be a commentary chart of the 1974 Triumph Hurdle, which was won by O'Sullevan's Attivo.

Also expected to prove popular is a limited edition sterling silver sculpture of Frankel, designed by Charlie Langton. John Gosden will be the latest racing luminary to be honoured with the prestigious Sir Peter O'Sullevan award.