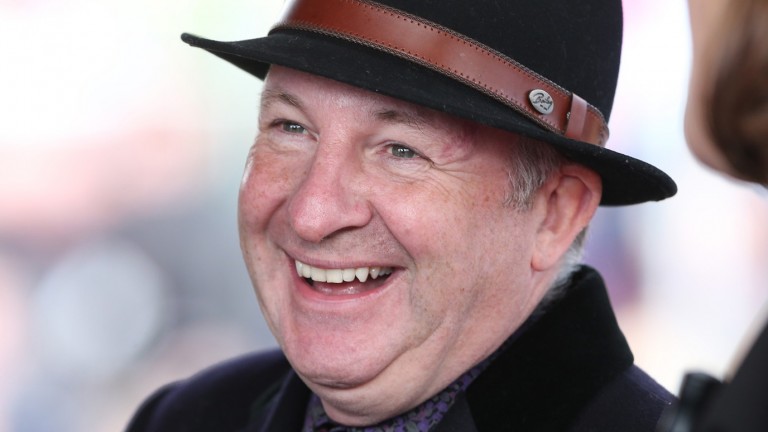 Sir Graham Wylie, one of jump racing’s most prominent and successful owners alongside his wife Andrea, has revealed he is “taking a break” from the sport and will have no horses in training for the first time in nearly 20 years.

Sir Graham, 60, who was knighted in the New Year’s honours list and is the co-founder of the financial software group Sage, said he was focusing his attention on his business interests leaving less time to concentrate on his horses.

He said: “I’m very busy with other businesses so it felt the right time to take a break from it all now. We have our charity and we’re involved in some very big businesses that need our attention right now in the current pandemic.

“I just don’t know right now when we might have horses again, as I’m focusing on so many other things – like the British Masters which starts this week. We’ll just take our involvement in anything as it comes.”

Asked if his decision to cease ownership was linked to any of the changes in British and Irish racing brought on by the coronavirus pandemic, he added: “No, not at all. Not a bit. I’m just taking a break for now and hopefully I’ll be back sometime soon.”

Having purchased their first horse, Lord Transcend, in 2002, the Wylies quickly became major players in jump racing with their sizable string, which numbered over 80 at one stage, based with Howard Johnson in County Durham. Jockeys Graham Lee, Paddy Brennan and Denis O’Regan were all at one time retained by the powerhouse owners. 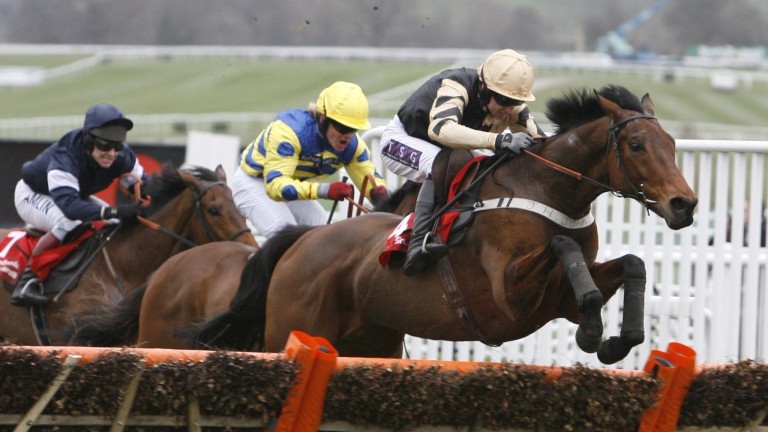 Inglis Drever: a three-time winner of the World Hurdle at the Cheltenham Festival
Mark Cranham.

Together, the Wylies and Johnson enjoyed a number of major successes over jumps with the likes of three-time World Hurdle winner Inglis Drever, No Refuge, Arcalis, who all memorably scored at the 2005 Cheltenham Festival, and Tidal Bay.

As well as high-profile victories on the course, the Wylies were notable players at the sales after entering the sport. They paid a one-time record for a jumps horse sold at auction when purchasing subsequent Grade 2-winning hurdler Royal Rosa for 340,000gns in 2003.

However, having reached a peak of 59 winners from 343 runners during the 2008-09 season, the Wylies dramatically reduced their involvement after Johnson, who subsequently retired, was banned for four years in 2011 by the BHA for running a horse who had undergone a neurectomy operation and steroid offences.

The Wylies split their string of around 20 between the champion trainers of Britain and Ireland, Paul Nicholls and Willie Mullins, and continued to claim big prizes with the likes of On His Own, Boston Bob, Briar Hill, Yorkhill, Bellshill and Nichols Canyon, who emulated Inglis Drever by capturing the 2017 Stayers’ Hurdle.

Only five horses carried the Wylies’ colours last season, all trained by Mullins, with the deaths of Up For Review, Invitation Only and Ballyward at the 2019 Cheltenham and Grand National festivals affecting the owners.

Wylie added: “I’m taking a break. I had a very bad year with my three best horses sadly dying. That was a very difficult time for myself and my wife.”

In total, the Wylies had 572 British and Irish winners in their own black and brown silks and in the double purple colours of their one-time Flat operation Transcend Bloodstock LLP.

Five of the best

One of a number of classy performers bought off the Flat to race in the Wylie colours, hurdler Inglis Drever excelled over extreme distances. His performances were characterised by a flat spot before he surged through late on, with the Cheltenham hill playing to his strengths.

Extremely talented and rather strange, Tidal Bay’s career played out in three parts. After starting off as a classy novice, he lost his way before being rejuvenated by Paul Nicholls, with his improbable 2012 Lexus Chase victory the standout moment.

Good on the Flat for John Gosden, Nichols Canyon starred over hurdles for trainer Willie Mullins, dominating the novice hurdle division in 2014-15. He would go on to show adaptability by twice winning the Morgiana Hurdle and then landing the Stayers’ Hurdle.

The Cheltenham Gold Cup eluded the Wylies, although they came mighty close when On His Own was pipped by Lord Windermere in 2014, but Bellshill was a classy staying chaser who carried their silks. His success when rallying to win the 2019 Irish Gold Cup being particularly memorable.

An early dual-purpose star for the Wylies, Arcalis thumped his rivals in the 2005 Supreme Novices’ Hurdle before landing the owners, who are based in the north east of England, a special victory in the Fighting Fifth Hurdle at Newcastle.