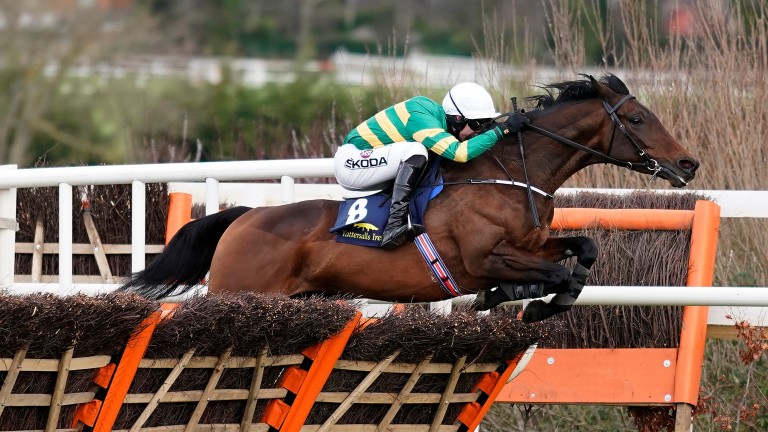 Sir Erec was promoted to 11-4 favourite (from 7) for the JCB Triumph Hurdle after oozing class in a comprehensive all-the-way victory in the Grade 1 Tattersalls Ireland Spring Juvenile Hurdle at Leopardstown on Sunday.

Given a well-judged ride by Mark Walsh, the 13-8 favourite decisively led home a one-two for Joseph O'Brien and JP McManus as Gardens Of Babylon stayed on for second.

Sir Erec scored by six lengths and was the second Grade 1 winner of the weekend for O'Brien, who landed the Frank Ward Solicitors Arkle Novice Chase for McManus with Le Richebourg on Saturday.

O'Brien has an exciting bunch of young hurdlers and, like on trials day at Cheltenham last weekend, he dominated a key prep for the Triumph Hurdle and is now responsible for the top two in the betting for the juvenile showpiece with Cheltenham winner Fakir D'Oudairies next best at 5-1 generally.

Sir Erec, a smart performer on the Flat for O'Brien's father Aidan, was always in command before displaying his superior speed in the home straight.

"You'd have to be impressed with that performance," said O'Brien, who was credited with masterminding Ivanovich Gorbatov's Triumph Hurdle win for his father in 2016, though he has yet to officially train a winner at the Cheltenham Festival.

"Making the running with Sir Erec wasn't ideal but he's very straightforward and he did it very well. Stamina is probably his forte but he quickened well from the second-last.

"It was only his second run over hurdles, whereas Fakir D'Oudairies has more experience, if not quite the same engine as this fellow.

"We'll see what type of handicap mark he gets but I'd imagine Sir Erec will go for the Triumph. He seems adaptable in terms of ground, having won on heavy on the Flat."

He added: "Fakir D'Oudairies is also in the Supreme and Ballymore so we have options with him."

The Gordon Elliott-trained Surin was half a length behind Gardens Of Babylon in third, with Tiger Tap Tap, who had been beaten just a neck by Sir Erec in a Grade 2 over the Christmas period, a shade disappointing in fourth.

FIRST PUBLISHED 1:29PM, FEB 3 2019
Stamina is probably his forte but he quickened well from the second-last