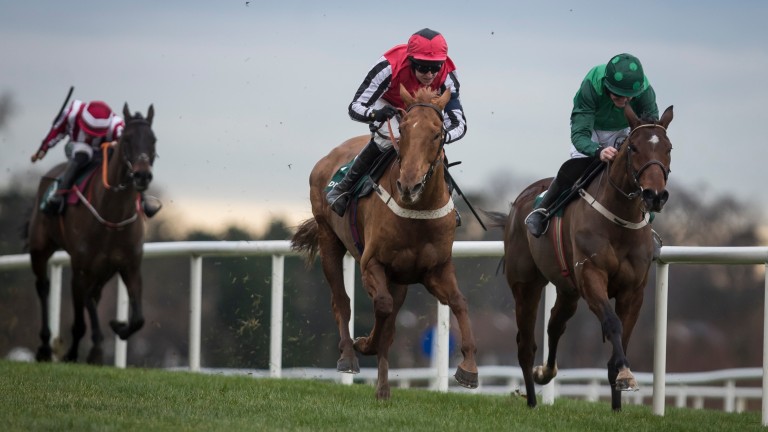 Simply Ned may have required the assistance of the stewards to land the Grade 1 Paddy's Rewards Club 'Sugar Paddy' Chase last year, but he needed no help when taking the scalp of Footpad at Leopardstown on Thursday.

The gallant 11-year-old, for whom this was a second success at the top level, was sent off at 16-1 and, despite looking momentarily outpaced, he wore down Footpad on the run-in to score by half a length.

The Willie Mullins-trained six-year-old Footpad, unbeaten as a novice last season, looked to be cruising under Ruby Walsh, but in the closing stages he had no answer to the David and Nicky Robinson-owned veteran.

Footpad's stablemate, the front-running Great Field, took a heavy fall at the final fence after being headed by Isaac Souede and Simon Munir-owned runner on the approach to the flight.

Simply Ned, a third winner on the card for man of the meeting Mark Walsh, was running in the race for the fifth consecutive year and prior to being promoted to first when Min was disqualified a year ago, he had run second and twice third in his previous attempts.

His delighted trainer Nicky Richards said: "We won't have to rely on the stewards this time, thank God. Simply Ned ran a blinder at Cheltenham last time and that put him spot-on for today. As he gets older it takes that bit longer to get him fully fit.

"Mark said they didn't go as fast as he thought he would and he gave our horse a smashing ride. This seems to be Simply Ned's time of year and I'd imagine he'll come back here for another Grade 1 in February. If he stays in the same sort of form he could race on next season."

The Cumbria trainer continued: “We've had our day in the sun today, which is absolutely great. He's run against some good horses here. I was saying to David that there was only one horse that ever annihilated him and that was Douvan two years ago.

“Douvan bolted up that day and you have to take your hat off to him. That was some race as Sizing John was second. Our horse ran another fantastic race that day to be third."

Brian Harding, who retired last year, partnered Simply Ned in his first three runs in the race, and Walsh is now two from two in the contest aboard Richards' stable star. 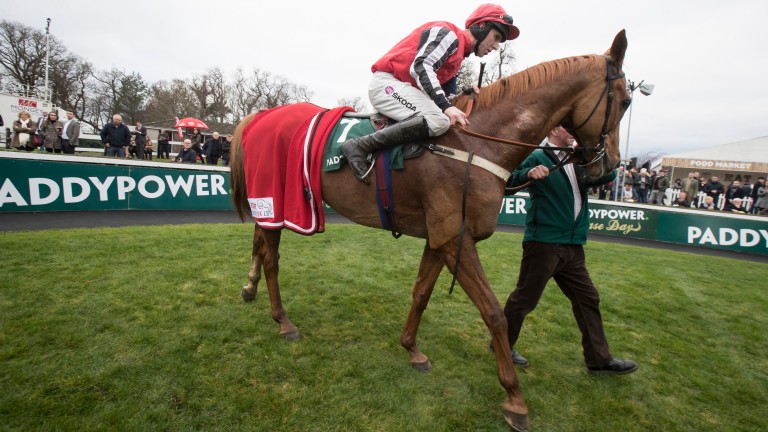 Simply Ned and Mark Walsh after their victory
Patrick McCann

“We've used Mark only twice and he's been absolutely fantastic both times we've used him," said Richards. "There's no doubt he must be out of the top drawer or he wouldn't be riding for the trainers and owner [JP McManus] he rides for.

'Disappointing he got beaten'

Footpad was pushed out to around 8-1 (from 5) for the Betway Queen Mother Champion Chase in March and while understandably disappointed by Footpad's defeat, Mullins was pleased last season's star novice jumped a lot better than he had on his reappearance at Naas last month, when he fell at the final fence.

"It's disappointing he got beaten but at least Footpad's jumping was more like what we saw from him last year," said the trainer.

"He appeared to get tired on the run-in today – Ruby thought he just blew up – and maybe the few days he missed due to the over-reach he suffered at Naas told against him."

Ordinary World, third in the race 12 months ago, filled the same position, four and three-quarter lengths behind Footpad, with Castlegrace Paddy a head back in fourth.

FIRST PUBLISHED 1:29PM, DEC 27 2018
The Willie Mullins-trained star looked to be cruising up the home straight under Ruby Walsh but had no answer to David and Nicky Robinson's veteran