Silviniaco Conti coming back to his best says Fehily 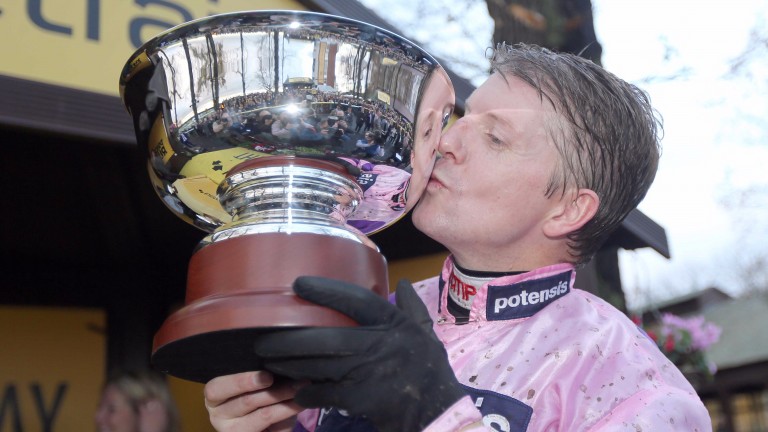 Silviniaco Conti is back to his old self and ready to show he is no back number at the age of ten as he bids to win a third Betfair Chase, according to his jockey Noel Fehily.

That is the warning to old rivals Cue Card, Coneygree, who is set to be ridden for the first time by Aidan Coleman, and Menorah, who featured among his six opponents after Thursday's declarations.

Fehily felt at Down Royal two weeks ago there were signs the Paul Nicholls-trained Silviniaco Conti was returning to the form he showed two seasons ago when he landed a Grade 1 treble, adding the King George and Aintree Bowl to his Haydock win.

Fehily, who partnered Silviniaco Conti to second place in the Grade 1 Champion Chase at Down Royal, said: "I was very happy with his last run and felt he was much more like himself.

"I was never happy with him last season and I didn't think he showed his true form even at Ascot [when he won the Grade 1 Ascot Chase] but he felt back to himself at Down Royal.

"If he can build on that run a little bit, he has to go there with a great chance," added Fehily, who also drew on the ten-year-old's trend of improving for his first run back. 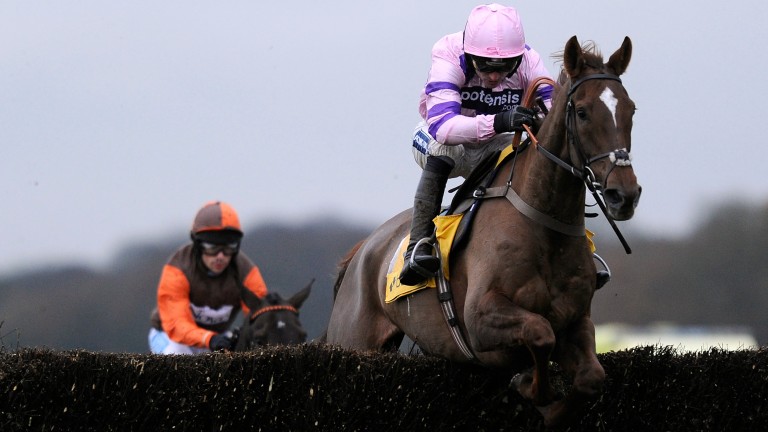 The Bradstocks ended speculation on Thursday morning about who would ride 2015 Gold Cup winner Coneygree after his year off.

Coleman has landed the prized ride on the trailblazing chaser, having been second choice behind Richard Johnson, although the champion jockey could still take over if Menorah does not run. 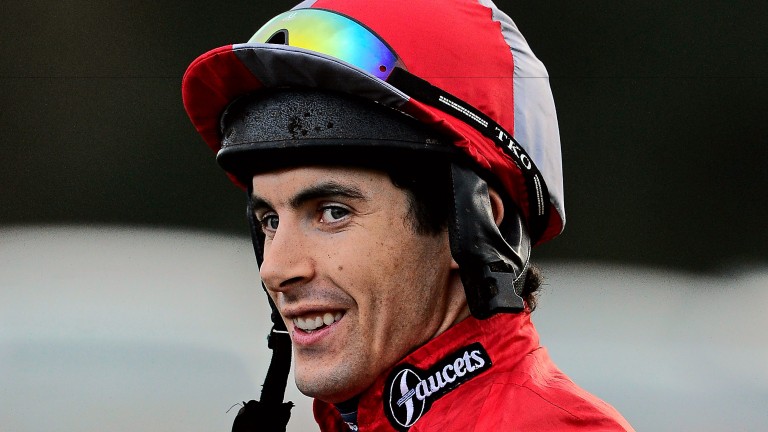 Aidan Coleman: eyecatching booking
Harry Trump
Johnson is committed to ride Menorah for the Whateleys and trainer Philip Hobbs, who confirmed on Thursday the 11-year-old, runner-up in the Charlie Hall on his return, was more than likely to run.

Haydock had a mixture of heavy showers and sunny intervals, all adding up to 7mm of rain by dusk with a few more showers forecast before midnight.

Clerk of the course Kirkland Tellwright said on Thursday afternoon: "It has been an unpleasant day and we could have 10mm by the end of the day.

"Today was the worst forecast, with 6mm tomorrow and 3mm on Saturday, and we are soft now. If we get all that is forecast we'll be heavy in places on Saturday."

That will be music to the ears of those connected with Seeyouatmidnight, who is bidding to break the southern monopoly on the Grade 1 feature.

His jockey Brian Hughes was second on Tidal Bay to Gold Cup winner Imperial Commander in the 2010 Betfair Chase, one of several placed rides in Grade 1s.

Hughes, on a high with 21 winners this month at a near one-in-three strike-rate, is still looking for his breakthrough Grade 1 winner.

"I have massive respect for the other horses, all Grade 1 winners, but we feel Seeyouatmidnight deserves his chance and we feel he's up to it," he said.

While the eight-year-old came up short in the RSA Chase in March, Hughes is more than willing to forgive him that run and concentrate on the positives from his Dipper Chase victory when he beat the RSA Chase winner Blaklion and his reappearance success at Carlisle, where he beat Grade 1 novice winner Bristol De Mai. 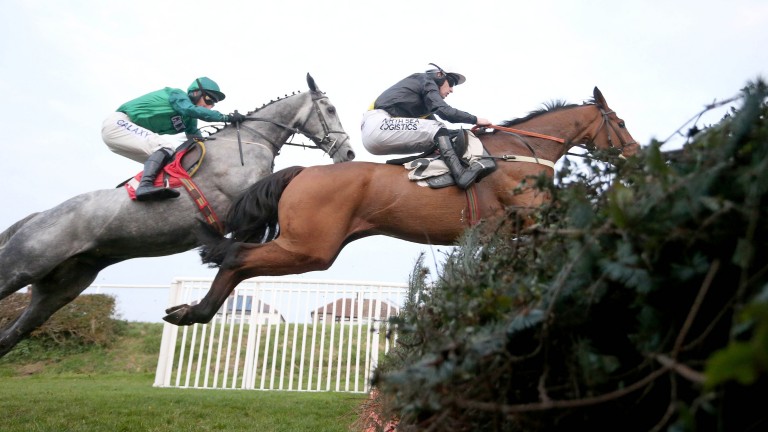 Seeyouatmidnight (right) on his way to victory over Bristol De Mai at Carlisle last month
JOHN GROSSICK RACING PHOTOGRAPHY
"He's not the first novice to go to Cheltenham and under-perform and I don't know whether it was the ground being a bit quicker than he likes, but he came back and ran a nice race at the Scottish National meeting," he said.

"He copes with heavy ground very well and it won't be a problem to him at Haydock on Saturday. We think a lot of him and we're dipping our toe in the water to see where we're at.

"What he did in the Dipper was no fluke," added Hughes. "Everyone thought Bristol De Mai would blow us out of the way at Carlisle but he picked up well and had a nice blow from the back of the last."

Irish Cavalier, the Charlie Hall winner with Menorah and Cue Card second and third, and French challenger Vezelay, the 50-1 outsider, make up the field of seven.

FIRST PUBLISHED 6:26PM, NOV 17 2016
I was never happy with him last season and I didn't think he showed his true form even at Ascot but he felt back to himself at Down Royal