Silver Trophy: punting pointers for the jumps highlight on ITV4 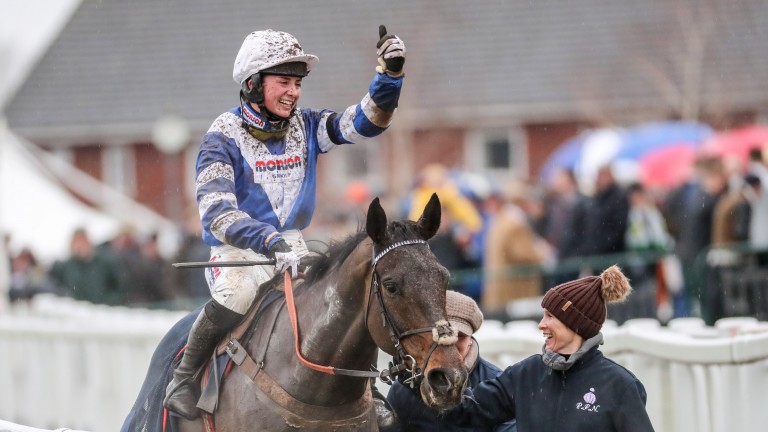 Weight holds no fear for Nicholls

Frodon would appear to hold the key to a race which has thrown up some classy winners over the years.

Among trainer Paul Nicholls' four previous successes, Fadalko and Poquelin triumphed when lumping top weight and Frodon comes here after being set stiff tasks in the Ascot Chase and Ryanair.

Bryony Frost was aboard when Frodon routed the opposition in a similar race on trials day in January and her 3lb claim reduces the gap back to the best of the rest in the handicap.

In a field littered with horses who have been spared the rigours of running on unsuitable winter ground, Go Conquer stands out as having enjoyed a profitable season on the few occasions when underfoot conditions have dried out. 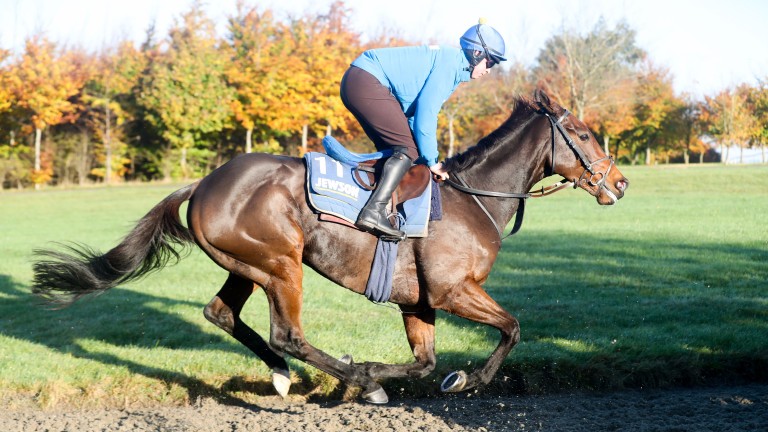 Jonjo O'Neill took him out of the Plate at the Cheltenham Festival last month on account of the testing conditions, and also elected to skip another crack at the National fences, having scooped a decent prize at Ascot in November.

Go Conquer produced a fine display of front running at Kempton before being run out of it late on when last seen in February and looks likely to cope with this shorter test.

If any trainer can have been staring angrily at the leaden skies this spring it will have been Neil Mulholland, who saddles Kalondra and Shantou Village.

Kalondra has enjoyed a decent novice campaign at around this trip and is the early choice of bookmakers, despite having been below par last time out in a Grade 1 at Sandown.

Shantou Village has not been seen since failing to cope with soft ground at Aintree in October. He will love the drying conditions and has always been held in the highest regard by his trainer.

Paul Nicholls, trainer of Frodon
The drop down in class suits him probably as he just gets caught out a little in Grade 1 company. I hope it's not the wrong end of the season as he was a bit disappointing last time. He seems well, he does like the track and runs well in handicaps.

Neil Mulholland, trainer of Shantou Village and Kalondra
The weather is finally starting to come right for Shantou Village. He's been simmering away all the time. He looks well and is in good order but it's his first run back against seasoned handicappers who are probably a little bit sharper than him. Kalondra has had a very good season and we've been hoping for a bit better ground for him as well. He has good course and distance form.

Nicky Henderson, trainer of Days Of Heaven
We've been waiting for better ground for him and I was even hoping to go to Aintree for the Topham, but instead it's back to Cheltenham. He's in good form and ready to go.

Olly Murphy, trainer of Knockgraffon
I've been waiting for the ground to dry out and he's in good form. It looks a competitive handicap and he's been beaten a couple of times off this mark since he won at Musselburgh, but the trip and the track will suit and he has a small each-way chance. 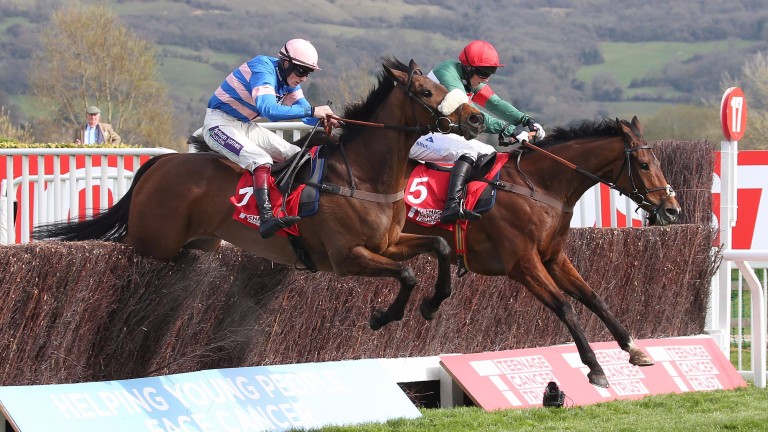 Harry Fry, trainer of Art Of Payroll and Voix D'Eau
I've been waiting for spring ground for them and they've been ready to run for a few weeks. Art Of Payroll won on his debut for us and then his wind gave out so we had that done over the winter. Hopefully he can resume winning ways, and he certainly won well enough first time up for us. Voix D'Eau won this race two years ago with Michael Legg, who renews the partnership. He's another one who goes well fresh.

Gary Moore, trainer of Traffic Fluide
He had a confidence-booster over hurdles at Plumpton and seems to have come back quite well from that so I'm happy with him. He'll be racing on better ground than he has been all year, which I hope will improve him a bit. I just hope he gives a good account of himself because you'd have to think he's quite well handicapped now.

For exclusive previews from 6pm every evening go to racingpost.com

FIRST PUBLISHED 6:00PM, APR 17 2018
Hopefully he can resume winning ways and certainly won well enough first time up for us