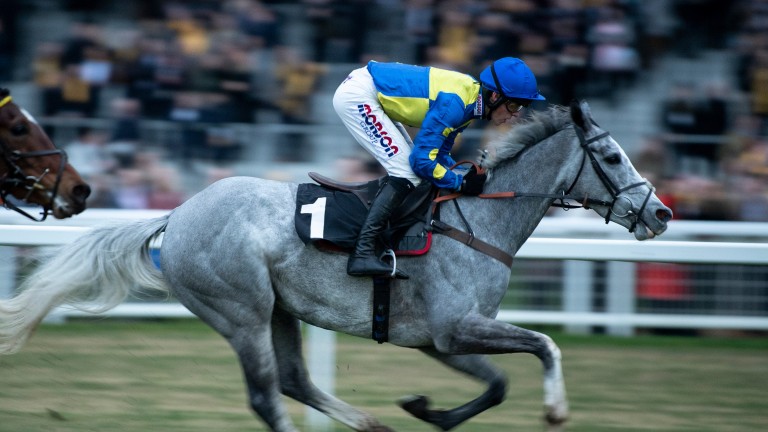 Silver Forever: should relish the emphasis on stamina at Sandown on Saturday
Edward Whitaker
1 of 1
By Richard Birch 6:00PM, MAR 8 2019

Silver Forever, winner of two of her three starts in bumpers, is likely to find a Sandown stamina test in the mud much to her liking.

The Paul Nicholls-trained mare, who landed a soft-ground point-to-point in Ireland over three miles before moving to Ditcheat, appeared to find Huntingdon too sharp when suffering the only defeat of her career in December.

She bounced back from that third to Timetochill when resuming winning ways at Ascot last month, where she had Saturday’s rivals Mystic Dreamer (second), Eyes Right (fourth) and Easter Gold (fifth) behind.

Nicholls said: “Silver Forever is an improving mare. She found Huntingdon a bit sharp but the stiff track at Sandown on soft ground will be much more to her liking.” 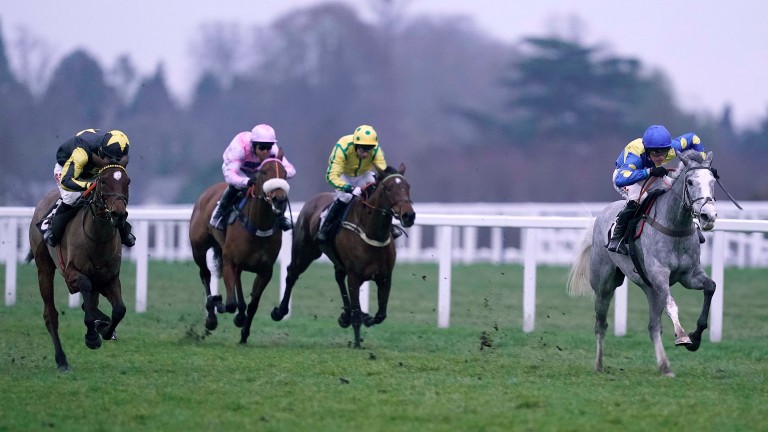 Nick Gifford is hoping Mystic Dreamer can build on that highly encouraging debut, when she was beaten only three-quarters of a length at odds of 33-1.

The Findon trainer said: “She surprised us a little bit at Ascot. I thought she’d run well, but she made the winner pull out all the stops.

“She definitely warrants a crack at this Listed prize. The unknown is the ground, but she’s out of a Turtle Island mare, which gives me some encouragement that she’ll handle it.

“She’s a real tough mare and will keep galloping up the hill.”

Alan King won this race in 2012 with Call Me A Star and he is represented by Eyes Right. 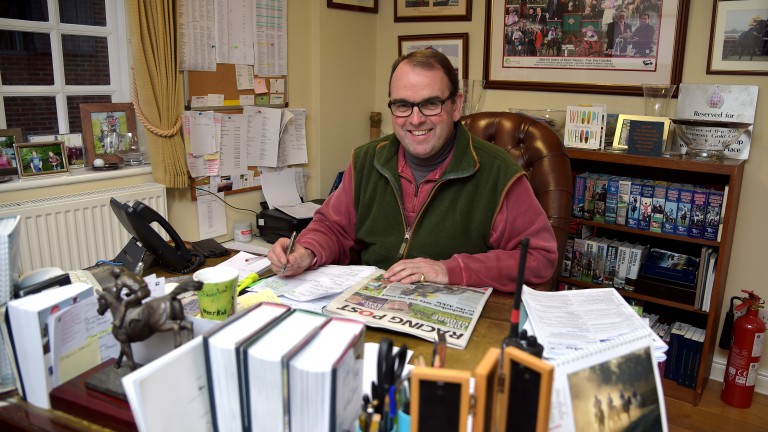 He said: “She was runner-up at Newbury in December, and arguably improved on that performance at Ascot as she came out best of the four-year-olds.”

Harry Fry has three runners, with Whitehotchillifili, the mount of Noel Fehily, appearing his best chance.

Whitehotchillifili was a comfortable winner on her debut at Southwell in December and lost little in defeat when going down by a length to Yeavering Belle at Warwick last month.

The six-year-old has won over three miles in the mud in point-to-point company, and should find this test ideal.

Five-year-olds have the best record over the last ten years, with six winners from that age group. Likely favourite Silver Forever fits the bill.

FIRST PUBLISHED 6:00PM, MAR 8 2019
The stiff track at Sandown on soft ground will be much more to her liking