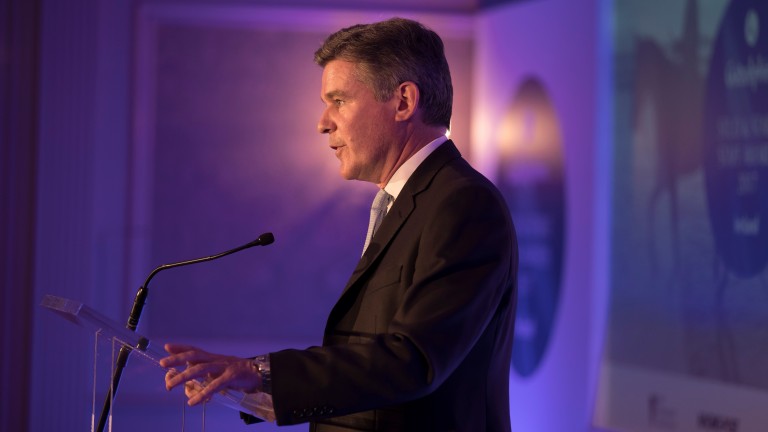 Agreement has finally been reached on the structure of the new Racing Authority, which is set to take over responsibility for distribution of levy funds from next April.

A new independent director is being recruited to join the authority's board, which is chaired by Sir Hugh Robertson, the former Conservative sports minister who oversaw the delivery of the 2012 London Olympic and Paralympic Games, and includes two members each from the BHA, Horsemen's Group and Racecourse Association.

The first stage of the government's reforms of the levy system, which was extended to capture income from betting operators based overseas, came into force last April.

The second stage will lead to the abolition of the Levy Board, with the Gambling Commission taking over the board's collection duties and the Racing Authority in charge of distribution.

The authority has been been meeting in shadow since last August but was only incorporated with Companies House in May.

There was no agreement between the three sides of racing's tripartite governance structure on reserved matters, but progress was made following Robertson's appointment, which also led to the decision to recruit a new independent director.

The BHA said the new director meant there would be a "broader range of alternative perspectives to aid the decision making process".

Robertson said: "Today sees a significant step forward for British racing. I have been very encouraged to see how well the authority’s new board is working together to agree spending priorities.

"We now have an intense period of work ahead of us as a new organisation to prepare for the formal transfer of responsibilities in April 2019, and we look forward to working with the Department for Digital, Culture, Media & Sport; the Horserace Betting Levy Board; the Gambling Commission and stakeholders throughout racing and betting in the coming months."

The authority's administrative costs will be taken from the levy in the same manner as they are for the Levy Board, although the BHA claimed the costs, in addition to those of the Gambling Commission, would be lower overall.

The authority will have "a small permanent staff", although no further details were given.

Among the other roles of the authority will be consultation with the betting industry through the Betting Liaison Group, as well as working with the equine and veterinary research sectors, to which the Levy Board has provided more than £50 million of funding to date.

Independent director: to be confirmed

FIRST PUBLISHED 8:00PM, JUN 7 2018
I have been very encouraged to see how well the authority’s new board is working together to agree spending priorities