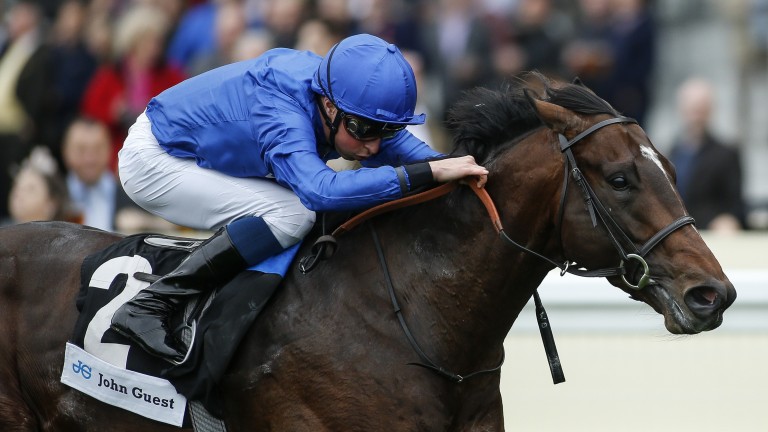 Blue Point, the hot favourite for the Al Quoz Sprint withdrawn at the start on veterinary advice, was back in exercise on Monday and will head to Hong Kong to seek his Group 1 breakthrough.

The Godolphin colt was deemed unsuitable to race when he was found to have blood in one nostril, later diagnosed as a minor laceration to the nose.

His connections went on to win the race anyway as Jungle Cat, a stablemate of Blue Point from the Charlie Appleby string, stepped forward to defeat the Breeders' Cup Turf Sprint winner Stormy Liberal at Meydan. Hawkbill capped the best day of Appleby's career by landing the Sheema Classic.

Appleby said: "Blue Point must've given his head a bang at some stage during the afternoon and it sat there in his sinus. Going to post it caused enough pressure to pop a little blood vessel. We scoped him immediately after he got back and he was clean down his trachea, which is how we establish a proper bleed.

"He's fine now. He had a canter this morning and the plan is head to Hong Kong with him. He's in the Chairman's Sprint Prize [April 29].

"Both he and Jungle Cat had invitations to the race. We were going to see how things panned out on World Cup night and, now Jungle Cat has his Group 1 tag, he'll probably head to Australia in the spring for some of the seven furlong options. Blue Point will head to Hong Kong and then onto Ascot." 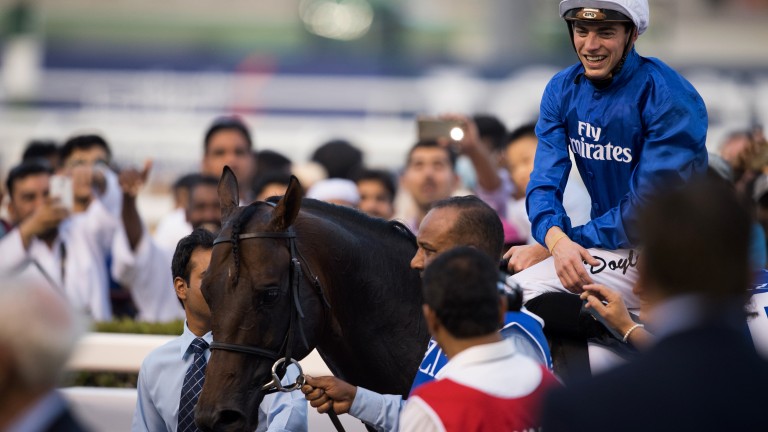 "It was a great day all round," said Appleby. "From a personal point of view it was great to have a winner, but for the team and his highness Sheikh Mohammed to have a winner on their night was very special.

"I've had horses placed there over the last few years but the horses have been in good order this winter and, having got more experience, I felt we took the right team of horses to Dubai this year."

Hawkbill made all the running to beat Poet's Word by three lengths and the 2016 Coral-Eclipse winner is likely to become another Godolphin globetrotter.

"Hawkbill thrives every winter in Dubai where the trackwork suits him," said Appleby. "He can be very hard on himself on raceday. I was very pleased with him going into the race and William [Buick] gave him a masterful ride. He's developing into an old school Godolphin horse at Group 1 and Group 2 level.

"He'll run in Hong Kong at the end of May. I'm sure we'll see him in Europe some time but it was always the plan to go to Hong Kong with him next."

A batch of the Appleby team which wintered in Dubai, including Classic hopefuls, arrive in Newmarket this week with their campaigns set to start at the Craven meeting.

Appleby said: "Wild Illusion will go straight to the 1,000 Guineas, either the English or French. Ghaiyyath will do the same and head to the 2,000 Guineas or Dante.

"It's been a successful winter. We have 20 winners on the board in Britain for the year at a strike-rate at more than 40 per cent, which is pleasing to know. The horses are in good health and I hope they will continue to show their ability going forward."

FIRST PUBLISHED 2:21PM, APR 2 2018
Blue Point must have given his head a bang at some stage during the afternoon and it sat there in his sinus