Shutter Speed in the frame for alternative Oaks bid in France 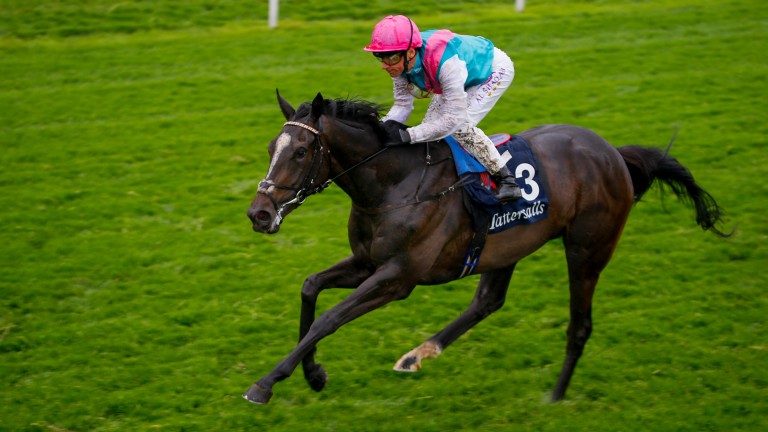 The Musidora Stakes winner found the ground in better shape on the Limekilns long gallop than it was on the Knavesmire when covering a mile with stablemate Perfect Tense under Rab Havlin. The debate over whether the daughter of Dansili would have had the stamina for Epsom continues, but she is on course for Plan A, which is the Prix de Diane on June 18, a race her trainer won two years ago with Star Of Seville.

Stoute is a big fan of the right-handed round gallop on the Limekilns, which is particularly demanding in its latter stages out of Well Bottom as it's against the collar. The Group 3 Gordon Richards Stakes winner made light of the incline in a solo exercise under Kevin Bradshaw as he builds towards the Group 1 Prince of Wales's Stakes at Royal Ascot in three weeks' time.

Moulton Paddocks would be the nearest establishment to the business end of the Limekilns, where last year's Group 2 Superlative Stakes winner had his white face to the fore in his exercise. Despite travelling out to Dubai for the winter, the son of More Than Ready did not appear at Meydan. Connections are hoping to finally get him back for the Group 1 St James's Palace Stakes at Royal Ascot.

Postponed may have retired but his half-sister is at Bedford House Stables and looks to have thrived since finishing second at Newmarket last time judging by the way she bounded up the long gallop. The daughter of Nathaniel was watched by agent Richard Brown, who looks after the interests of owners St Albans Bloodstock.

Vaughan has his team in such good form that he paid the supplement to upgrade to the trial ground on the Limekilns, which is sometimes known as the golden mile. This German-bred sprinter was a winner on the all-weather at Deauville last winter but looked equally potent on turf when matching strides with Claim The Roses over five furlongs.

FIRST PUBLISHED 5:35PM, MAY 31 2017
The debate continues whether the daughter of Dansili would have had the stamina for Epsom but is on course for Plan A which is the Prix de Diane