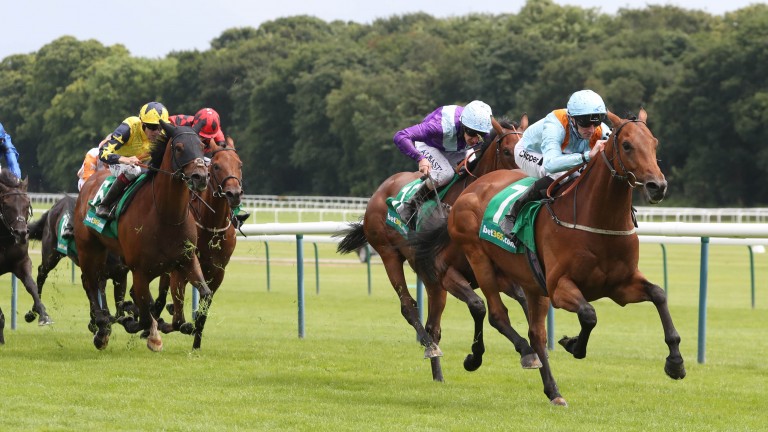 Keep the faith. That is the message for those who've been following Shraaoh, a gelding with more fans among bookmakers than punters at present.

The Sir Michael Stoute-trained four-year-old has been a beaten favourite for valuable handicaps on three of his last four starts, sent off as short as 5-4 when fourth in a ten-runner field at Epsom on Derby day.

But hope springs eternal and Al Shaqab racing manager Harry Herbert said: "We've had horses with Sir Michael for long enough to know there are those he tells you to be patient with and to keep the faith.

"This horse falls into that bracket – let's hope he can run a big race. I'm sure he will and he'll repay Sir Michael's faith in him."

Tawdeea bids to make history in a race that dates back to the 19th century as success would make him the first back-to-back winner since Glide Path in 1993 and 1994.

But the ground was soft last year and he is 5lb higher in the handicap on what promises to be much quicker ground.

"It would be nice to retain the trophy but it's a big ask in a high-class field," said Mike Prince, racing manager to owners Middleham Park Racing.

"He's down to 100 so he's on a feasible mark but I was hoping they'd get the thunderstorms on Thursday."

Big Country has earned more than £46,000 in prize-money since he was bought for 28,000gns last autumn and looked a prime contender for this £100,000 contest when scoring at York last month.

Jockey Andrea Atzeni is now on Shraaoh and trainer Mick Appleby fears that Josephine Gordon, his replacement, will have her work cut out from stall 18.

"He'd have had a better chance with a better draw," the trainer said. "I have two runners and they are 18 and 19! Josephine will have to get him out and get him into a decent position. The ground would be a concern if it dries out any more.

"Farquhar is a bit quirky but he's got ability and I could see him running all right, although whether he's up to this sort of class I don't know." 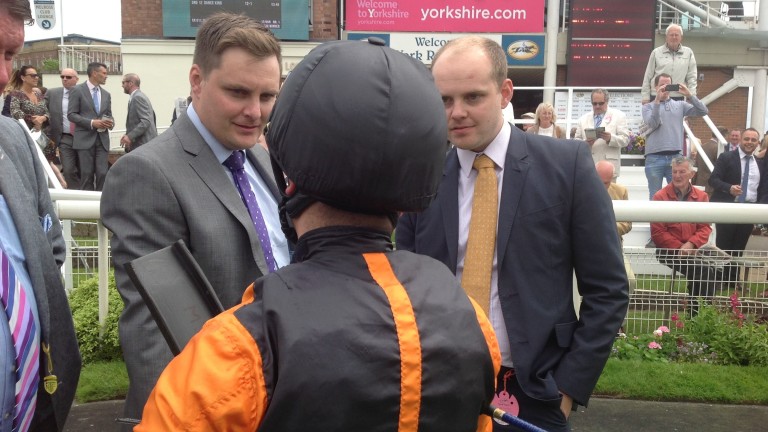 Shooting for the Moon

There's a Derby winner in the field for this handicap – it was the Cork Derby rather than the Epsom one but he's still got every chance.

That Cork race was a really competitive handicap and Moonmeister did the job well, getting up in the closing stages.

Jamie Spencer takes over on board a six-year-old who looks assured of the strong pace that suits his come-from-behind style and the sound surface he needs.

Trainer Tony Martin is always to be feared in big British handicaps and said: "The fast ground will suit him and he's in good order, so we're hoping for the best."

Marco Botti, trainer of Dylan Mouth
He has top weight but he's come down in the ratings and this looks a good opportunity. He's drawn in the middle so he should be okay.

Michael Bell, trainer of Fabricate
We're hoping that Cameron Noble can get a tune out of him as 102 is plenty high enough. We've had this race in mind for a long time.

Ralph Beckett, trainer of Carntop
He bounced back to form on Derby day and his work since has been good. From what he's shown in the past, he can be competitive.

Declan Carroll, trainer of Saigon City
He won well at Newmarket and he's in good form but I hope they get some rain. The trip is a minimum for him.

Roger Charlton, trainer of Blakeney Point
We're starting to get the feeling that although he's won a slowly run two-mile race he actually wants to drop back in trip. At 20-1 he has an each-way shout.

Ian Williams, trainer of Kapstadt
The strong early pace will help him settle and if he does he should run well.

Alan King, trainer of Cosmeapolitan
He's in good order but I'd like a bit of rain as I'm concerned about the ground.

Andrew Balding, trainer of Brorocco
He's a talented horse and if he settles in the early part of the race then he must have every chance of being involved in the finish.

FIRST PUBLISHED 6:00PM, JUL 7 2017
He seems a big price to me. His form is very progressive and he has never put a foot wrong