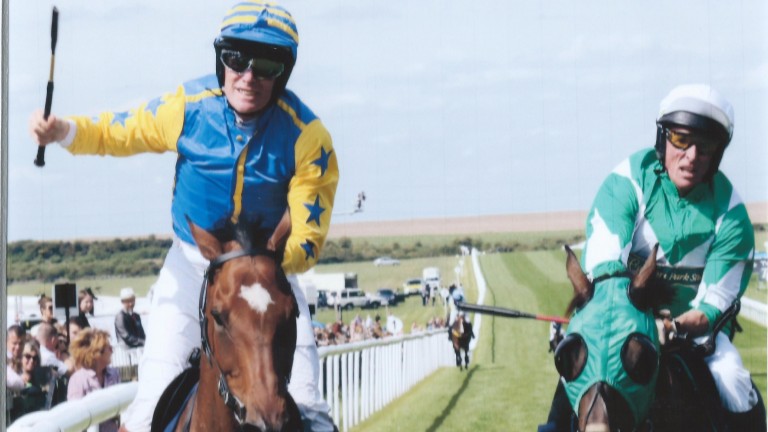 Three weeks after Bill Gredley's triumph with Big Orange in the age-old Gold Cup at Royal Ascot, his son Tim bids to land a race which makes that look positively modern.

While the Gold Cup was first run in 1807, the Newmarket Town Plate dates right back to 1666 and was the first race to be staged under written rules.

It was founded by Charles II, who famously proclaimed that it should be run 'forever', and it remains popular in 2017, as 15 genuine amateurs will gather to compete over the three-and-three-quarter mile trip.

The field includes a dentist, an ambulance driver, a bookmaker and former international showjumper Gredley, 31, who said: "I have been going to the July Course ever since I was a kid so to get to ride on the same track as the July Cup is great.

"It’s completely different to showjumping, a lot more physically demanding, and I certainly still get nervous.

"I gave up showjumping because I was getting heavily involved in the family business and it was simply taking up too much time. But now I can ride out with trainer James Owen in Exning in the morning and still be at my desk by 9.00am."

The race is due off at 12.50pm, before the professional action gets under way at 1.50pm, and Gredley rides Bivouac, who won a bumper and over hurdles and fences when trained by Nicky Henderson.

The rider said: "Looking at replays of some of his races, he looks like he could stay further than three miles but this is almost four miles and a bit of a one-off. But as long as we go a sensible pace I hope he will be fine."

The winning jockey receives a perpetual challenge plate, a silver photo frame, a voucher from a Newmarket clothes shop and a box of Newmarket sausages.

"To win the Town Plate at Newmarket, on the opening day of the July Festival marking the 350th anniversary of racing there was very special," he recalled.

"It was a great honour and a thrill. It was also my first experience of winning a race and it is hard to put into words how that feels, it’s a combination of relief and elation.

"I am riding Almagest again. He has been trained for the race and obviously he gave me a great ride last year but he needs every inch of three and three-quarter miles, if not further. We will give it our best shot."

FIRST PUBLISHED 6:00PM, JUL 12 2017
I have been going to the July Course ever since I was a kid so to get to ride on the same track as the July Cup is great