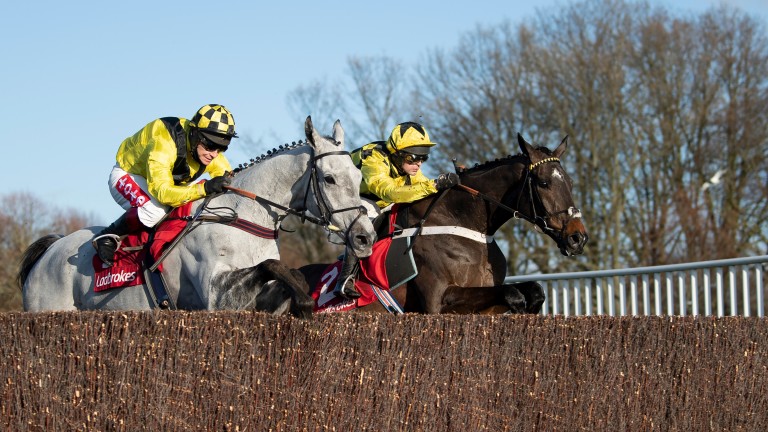 Nico de Boinville refused to be drawn into comparing Shishkin with Altior after the Wayward Lad Novices' Chase but such was the manner of the six-year-old's victory it is hard not to measure the new rising star against his esteemed stablemate.

What stood out about the performance was the manner in which Shishkin went from being niggled along and looking like he was going to be involved in a scrap to suddenly being lengths clear without anything apparently changing. He was simply a class above.

Bookmakers agreed, cutting last season's Supreme Novices' Hurdle winner to 4-5 favourite (from 5-4) for the Sporting Life Arkle at the Cheltenham Festival, with his closest rivals in the market at double-figure odds.

"I don't like to compare top-class horses," De Boinville said when asked to measure Shiskin against Altior. "This horse is different with his jumping style and how he goes through races. Altior, when he started he was a different horse to the horse you see today so it's about how they progress. 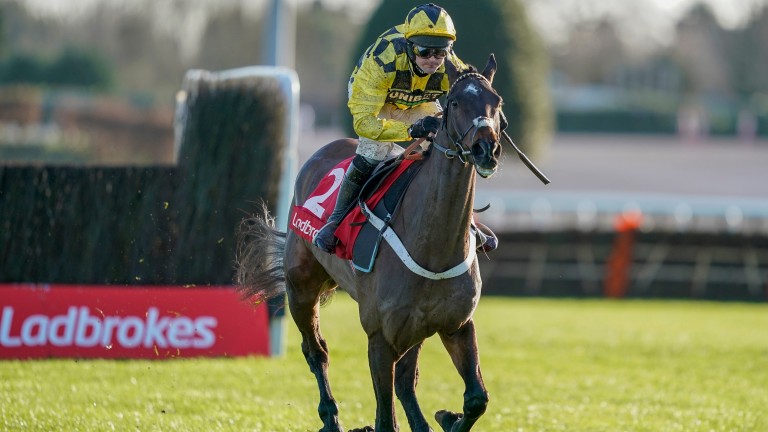 "He's incredibly quick through the air and once he gets his landing gear back on to the ground, he's away. Other horses may stay longer in the air whereas he almost hurdles his fences. There's plenty more to come I'm sure but I felt the guv'nor and the team had him spot on today."

Shishkin's owners Joe and Marie Donnelly appear to have some serious young talent at their disposal, alongside the likes of established stars like Al Boum Photo and Melon, with Heross Du Seuil carrying their colours to success at Kempton in the 2m juvenile hurdle.

Like Shishkin, and recent Newbury scorer Lecale's Article, Heross Du Seuil is trained by Nicky Henderson, who said: "He's just starting to get the hang of it and was quite green. The race he won in France was the equivalent of a Plumpton bumper so he still has a lot to learn. We'll keep low with him as experience is what he needs."

'I'm chuffed to bits with her'

Dan and Harry Skelton proved the dominant pairing at Kempton over the course of the two-day meeting winning five of the 12 races, topped by the successes of Shan Blue and Nube Negra.

The brothers took home three of the six races on the second day of the fixture with Molly Ollys Wishes and Cadzand scoring in the 3m½f mares' handicap hurdle and 2m handicap hurdle respectively. 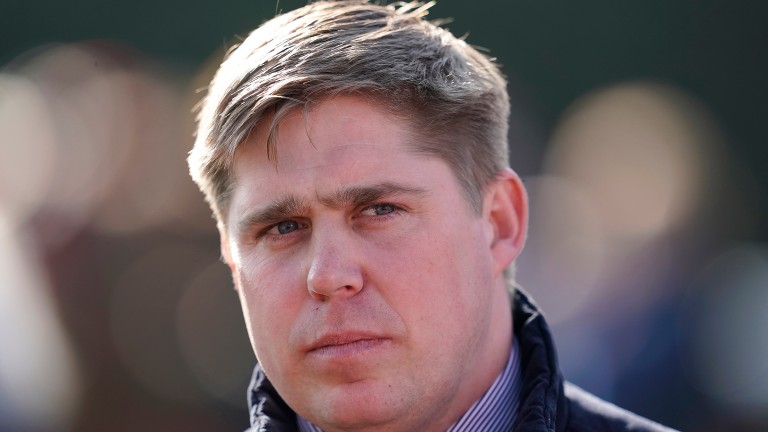 The victory of Molly Ollys Wishes was particularly satisfying for Dan Skelton, who is eyeing the Grade 2 Warfield Mares' Hurdle at Ascot or a trip to Ireland, pending travel restrictions, for the six-year-old.

"She's a homebred for the Pughs, who own her, and for a homebred to do that is special," he said. "This trip was always going to suit her and so was going right handed. I'm chuffed to bits with her."

Trainer Venetia Williams revealed on Instagram that Covid-19 restrictions had necessitated her return to the saddle to help exercise her horses on Boxing Day, adding that painkillers were required on Sunday.

The performance of Royale Pagaille in the 3m handicap chase will have also eased any aches and pains as he scored decisively under Charlie Deutsch for owners Rich and Susannah Ricci.

"He was always travelling well but the way he went up the straight impressed me," Deutsch said.

FIRST PUBLISHED 1:36PM, DEC 27 2020
He's incredibly quick through the air and very quick to get his landing gear back on to the ground and he's away