Talk of the Tracks PLUMPTON

Sherwood gets straight On Line for new owner 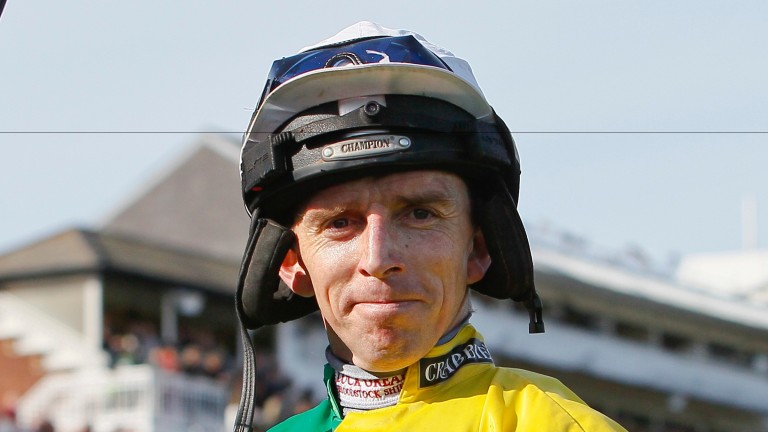 Minella On Line, who left Rebecca Curtis's yard over the summer, benefited from the Grand National-winning skills of his rider Leighton Aspell to make a winning start for Oliver Sherwood in the Extech Handicap Chase.

Francis Reid, one of the six in the AHB Racing Partnership headed by Mark Sherwood, said: "Becky (Rebecca Curtis) did a wonderful job with him – he had ulcers and then her horses weren't 100 per cent right last season so we moved three horses to Oliver to be nearer to us as most are based in London.

"Luckily with the way Becky's horses are running this season we still have horses with her!"

Aspell had to sit tight on more than one occasion as Minella On Line took liberties with his fences in the 2m3½f chase before outstaying top weight Gores Island.

Nick Gifford provided Aspell with a double when The Mighty Don edged out Count Meribel and odds-on favourite Black Mischief in the bumper.

An eight-runner novice hurdle is not usually associated with carnage but after two flights of the opener, only half the field remained following Black Caesar putting the brakes on into the first and throwing off Tom Cannon.

Odds-on favourite Boudry set in motion the exit of three of his rivals at the next by also nearly refusing and causing a traffic jam that saw Give Him Time, well-fancied Sunday Royal and Ermyn's Edith lose their riders.

Boudry could not take advantage of his cunning plan as he was a well-beaten third behind Citrus, who gave former England and Somerset cricketer Craig Kieswetter his first jumping winner.

Kieswetter's family have had great success in their native South Africa and London-based Kieswetter looks like being hooked as he said: "I'm delighted to get the first winner under my belt with everyone else back safe.

"David (Pipe) is in France and I hope he comes back with a few more bargains."

Sheena West ended a drought stretching back to last Christmas when Ding Ding won the handicap hurdle to give his sire former leading juvenile sprinter Winker Watson a jumping winner.

"I've only got ten horses and not the Flat horses I used to have," said the Lewes trainer, who has a couple of juvenile hurdlers to run soon.

Baron Alco's virtual walkover in the feature novice chase did not bring the usual glowing reports with rider Jamie Moore far from happy with the five-year-old's performance.

"I wasn't happy with him," said Moore after his market rival Wishing And Hoping crashed out at the tricky downhill fence at the top of the hill.

"He zipped round at Cheltenham first time but today he was flat and the only time he grabbed hold was turning into the straight."

The first of five chases setting up a possible £60,000 bonus for the winner going on to Cheltenham Festival success over fences produced another bloodless success in a four-runner field. While the course gets a star name or two, it is increasingly coming at the cost of competitive racing.