National hero Many Clouds ruled out of Leopardstown 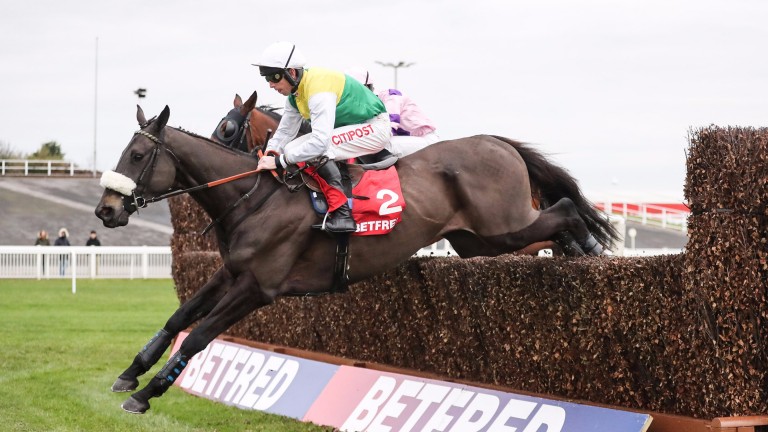 Many Clouds will not run in the Lexus Chase at Leopardstown next week, with trainer Oliver Sherwood not prepared to risk making the journey to Ireland only to find unsuitable ground for his stable star.

The 2015 Grand National winner looked as good as ever when landing a Listed chase at Aintree on his seasonal reappearance this month but will be staying in his box over Christmas.

Sherwood said on Wednesday: "There's nothing wrong with the horse, it's just a gut feeling. He's not the greatest traveller and I just don't want to go on bottomless ground taking the Irish on in their own back garden."

Henry de Bromhead has left Valseur Lido in the race as expected and the trainer spoke in glowing terms about the Gigginstown-owned chaser.

"I'm looking forward to what hopefully will be a good Christmas with him," he said. "Everything he's done so far he's done well – you couldn't fault him.

"He's proven and won well at Down Royal last time. We'll stick to what we normally do with him between now and the race. Most of his major work is over and has gone well."

Valseur Lido may be taken on by former stablemate Djakadam, who landed back-to-back wins in the Grade 1 John Durkan Chase at Punchestown on his first start of the season for Willie Mullins.

The champion trainer has also left in Vroum Vroum Mag, but the star mare is more likely to travel to Kempton for the Christmas Hurdle.

The famous maroon and white colours may also be carried by Mouse Morris's Mozoltov with Noel Meade making a late decision on the participation of Road To Riches and Wounded Warrior.

Trainer Andrew Lynch will be praying the rain stays away for his stable star Zabana. He said: "I just hope it's not heavy ground as we may not even run if it came up heavy. Good ground is the key to him."