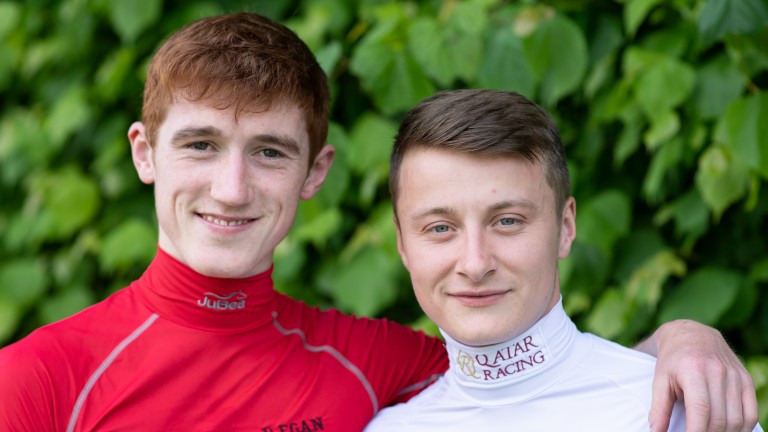 David Egan (left) and Cieren Fallon (right): feature in the Shergar Cup on Saturday
Edward Whitaker
1 of 1
By Catherine Macrae UPDATED 10:26AM, AUG 4 2021

None of the participants from the Rest of the World team who won the previous competition in 2019 will compete, instead newbies; Danish-born Kevin Stott and Sean Levey, born in Swaziland, fly the flag with one name yet to be confirmed. 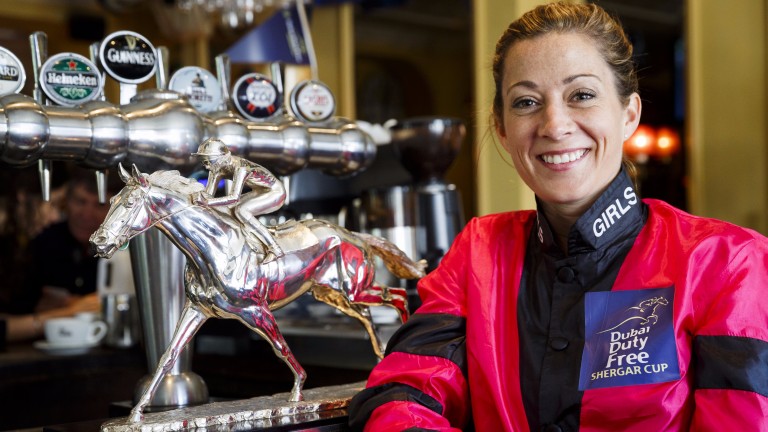 Hayley Turner: to make her 13th appearance at the Shergar Cup
Getty Images

Hayley Turner is commonly associated with this meeting and has won the silver saddle, awarded to the leading individual, in the last two competitions. She captains a Ladies side containing Shergar Cup rookies Nicola Currie and Mickaelle Michel, with the latter to have her first rides in Britain.

Around 15,000 were in attendance to witness Adayar's King George victory at the track's first big meeting after restrictions were eased and a similar crowd is expected on Saturday.

A post-racing gig – featuring Sophie Ellis-Bextor, The Feeling's Richard Jones and Marvin Humes – could draw in more interest, according to Ascot's director of racing Nick Smith.

He said: "Like the King George we won’t be anywhere near what we usually have on these days, which we’re very comfortable with as our first big race meeting back will be Champions Day.

"It’s very difficult to tell what the exact number is going to be. We announced yesterday that Sophie Ellis-Bextor will be our headline act after racing, so we’ll see what happens between now and then, but like the King George it won’t be regular numbers we normally expect to see.

"At this particular time crowd sizes aren’t really our focus, we’re trying to just get back gradually to where we want to be."

Saturday's event will be the 19th Shergar Cup after the Covid-19 pandemic forced the fixture to be cancelled in 2020. The Rest of the World are the most successful team with seven victories.

FIRST PUBLISHED 5:30PM, AUG 3 2021
We announced yesterday that Sophie Ellis-Bextor will be our headline act after racing, so we’ll see what happens between now and then

'He hasn't put a foot wrong and you'd have to say he's very exciting' 'She’s summered seriously well and working very nicely - she’s just brilliant' 'We all know how much she loves Cheltenham - her record is unbelievable' 'October clearly isn't my month' - another injury blow for Henry Brooke October meeting eyecatchers: five horses to follow from Cheltenham Eloise Quayle to take over as clerk of the course at Newcastle