Sheikhzayedroad back on track in Nad Al Sheba Trophy 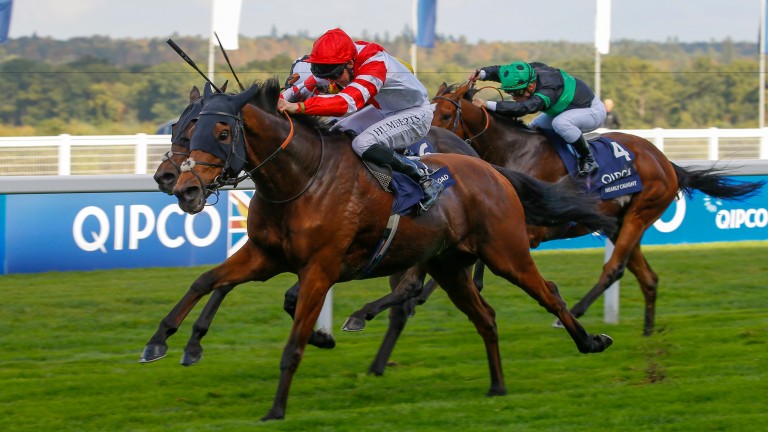 The David Simcock-trained Sheikhzayedroad, who shares his name with the main local highway, attempts to become the first dual winner of the Group 3 Nad Al Sheba Trophy (4.50) at Meydan on Thursday.

Nine have been declared for the 1m6f turf feature, which the Mohammed Jaber-owned stayer won on his seasonal debut last year when recording his first success since landing the Group 1 Northern Dancer Turf Stakes at Woodbine in September 2014.

The eight-year-old finished the last European campaign at the top of his game, winning both the Doncaster Cup and British Champions Long Distance Cup before enjoying a good break.

He arrived safely in Dubai on Sunday and Simcock, who has booked the season's leading jockey Richard Mullen, said: "He came in to us a bit late after a six-week break following Ascot but has had a racecourse gallop at Chelmsford and pleased us.

"He's in good order but will improve for the run with his main target, the Dubai Gold Cup, still four weeks away. He showed last year he can run well fresh but this looks a strong renewal."

It certainly does, with the Alain de Royer-Dupre-trained Vazirabad heading the opposition. A dual winner of the Group 1 Prix Royal-Oak, Christophe Soumillon's mount will bid to continue his trainer's hot streak at Meydan, with five of his last eight runners having won.

Saeed Bin Suroor saddles two for Godolphin headed by Beautiful Romance, winner of the Group 2 Zipping Classic in Australia on her most recent start in November.

The trainer said: "That was a good win in Australia and we have been very happy with her work since she arrived in Dubai."

The other Group 3 contest is the UAE Oaks (4.15) in which Saudi Arabia's Nashmiah bids to become the seventh filly to win this after landing the UAE 1,000 Guineas.

Trained by Nicholas Bachalard and the mount of Mickael Barzalona, she is unbeaten after four starts, having won all three outings in her homeland before landing the Guineas here, although stamina is a question mark.

The second, third and fourth in the Guineas - Nomorerichblondes, Rajar and Complimenti - all reoppose.

Godolphin's Calare, who faded into seventh in that mile Classic having set a frantic early gallop, should stay this trip but has to prove she handles dirt.

Mubtaahij, runner-up in last year's Dubai World Cup, returns in the Listed Curlin Handicap (5.25), a race that in its former guise was won by Curlin in 2008 and California Chrome 12 months ago before their victories in the World Cup.

FIRST PUBLISHED 6:00PM, FEB 22 2017
He showed last year he can run well fresh but this looks a strong renewal