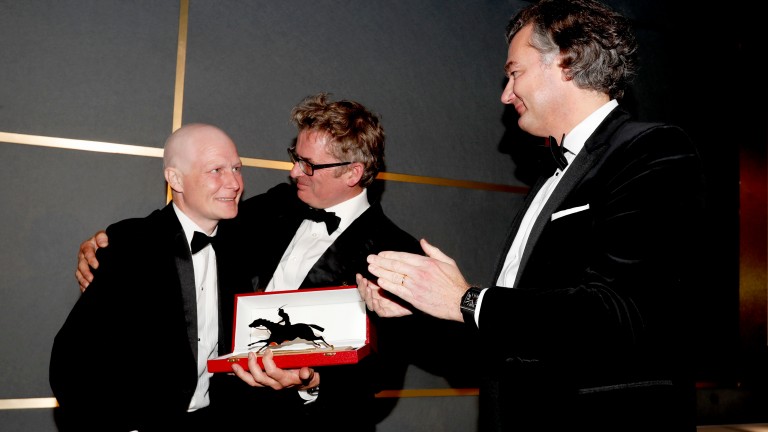 A donation of €500,000 from Sheikh Hamdan Al Maktoum’s Derrinstown Stud will enable Cancer Trials Ireland to fund equipment to define the genetic sequence of pancreatic cancer patients in Ireland.

Pat Smullen, who has been battling the illness since last year, recently met with the CEO of Cancer Trials Ireland and Stephen Collins of Derrinstown Stud to mark the donation. Smullen’s efforts have raised over €2.5 million for the trials in the past two months.

Sheikh Hamdan’s donation will also allow the charity to research links between the incidence of the disease in Ireland and specific genes.

Eibhlín Mulroe of CTI said: "We will be able to reach out to leading international pancreatic cancer researchers and bring their work to Ireland, thanks specifically to this donation.

"The face – and future – of pancreatic cancer in Ireland has been completely changed in the past few months, and we are very excited about the treatment and hope we will bring to future pancreatic cancer patients.

"We were unable to proceed with two pancreatic cancer trials within the past year – now we are working to get regulatory approval and to open one of them to 40 patients in the next six to nine months. We are also looking beyond Ireland to bring trials open in other countries here. We are in a position to do that now."

FIRST PUBLISHED 3:02PM, NOV 29 2019
We will be able to reach out to leading international pancreatic cancer researchers and bring their work to Ireland, thanks to this donation