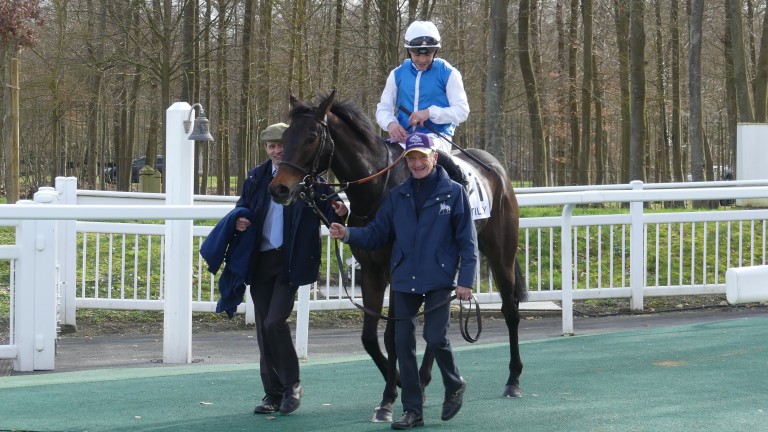 Ready for takeoff: Ziyad and Maxime Guyon are bound for the Dubai Sheema Classic after landing the Prix Darshaan at Chantilly on Tuesday
Scott Burton/Racing Post
1 of 1
By Scott Burton 7:03PM, MAR 3 2020

A card which has produced Dubai World Cup night winners in Cirrus Des Aigles and Solow proved to be the right choice of comeback for Ziyad, despite conditions being far from ideal in the Prix Darshaan.

The winner over an extended mile and a half of the Group 2 Grand Prix de Deauville last August and a horse that likes to be ridden positively, Ziyad was not rushed early by Maxime Guyon but was already in position to strike before turning into the Chantilly straight over what must be a bare minimum of 1m1½f.

The $6m Dubai Sheema Classic will be next for the son of Rock Of Gibraltar after beating Soleil Marin and Villa Rosa by half a length and a neck.

Trainer Carlos Laffon-Parias said: "It was a comeback run over a trip and a surface that don’t really suit him, against a field of good horses, so nothing was won in advance. The goal has always been to go to Dubai for the 2,400 metre race in three weeks' time.

"He showed last year that he takes his travelling well, albeit when he ran in Canada it was his last race of the year, which may have contributed to his defeat.

"It’s a good challenge and he has already shown he is a good horse. We’ll find out how good in Dubai but I am quite optimistic."

Ziyad is not yet quoted by bookmakers for the Sheema Classic, a market headed by Ghaiyyath and which may receive an injection of life on Saturday should Defoe put in a decent performance in the Dubai City of Gold.

We Go could go to Lingfield

This is also a meeting which has thrown up contenders for the All Weather Championship Finals at Lingfield and Alex Pantall was far from downbeat about the prospect of heading for the Good Friday feature after We Go landed the Prix Anabaa over six and a half furlongs. 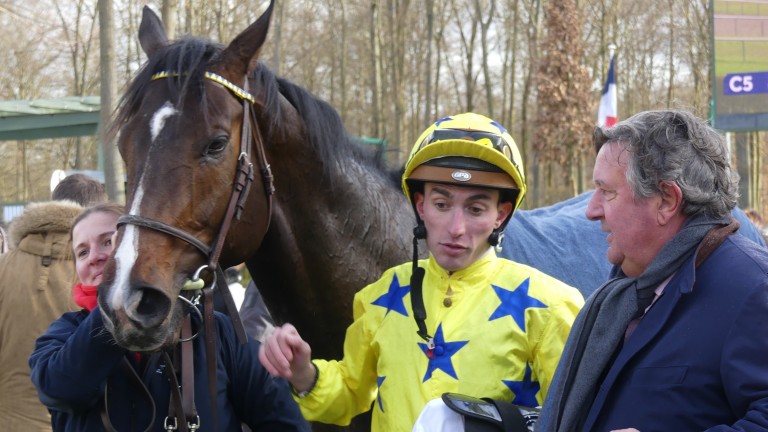 "He confirmed his good run at Cagnes-sur-Mer and he is such an easy horse, you can put him anywhere in a race," said Pantall. "We'll look at Lingfield and I will talk to the owner about going there."

Silver Quartz showed a good attitude to come between horses in taking the Prix Montjeu over a mile.

Unlike the Anabaa, the race is not a fast track qualifier for Lingfield, but the meeting will come under consideration for trainer Francis Graffard, who also confirmed that owners Al Asayl Bloodstock could be looking forward to a day out at Newbury for the Lockinge Stakes should all go according to plan with The Revenant in his intended comeback, the Prix Edmond Blanc.

FIRST PUBLISHED 7:03PM, MAR 3 2020
It was a comeback run over a trip and a surface that don’t really suit him, against a field of good horses, so nothing was won in advance