Talk of the Tracks TOWCESTER 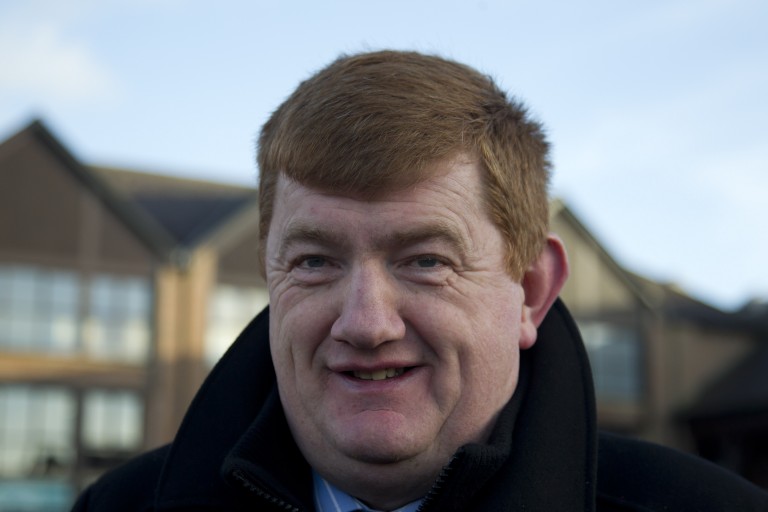 Shark Hanlon: made his first trip to Towcester a winning one
Patrick McCann
1 of 1
By Lewis Porteous 6:15PM, NOV 24 2016

Not even the first-named storm of the season could halt Shark Hanlon’s impressive strike-rate in Britain this month as the County Carlow trainer toasted his first visit to Towcester with a winner courtesy of Adarenna in the 2m novice handicap chase.

Storm Angus may have prevented Hanlon’s three runners making the journey from Ireland on Monday or Tuesday but, undeterred, trainer and horses boarded a ferry in the early hours of Wednesday and their perseverance was rewarded.

“It’s two hours to the port but when we got there Monday night they said there were no crossings so we had to take the horses home,” Hanlon explained.

“We were then going to travel Tuesday but, again, all the boats were cancelled and at one stage I said, ‘Will we bother going?’

"But we got across at 2.15am on Wednesday morning and were here by lunchtime. It’s a ten- or 12-hour trip to anywhere in England, but luckily enough they’re all doing the job for us.”

As well as success at Huntingdon last week, Hanlon enjoyed a first and second from three runners at Ludlow earlier in the month and will continue to target races in Britain with opportunities in Ireland becoming increasingly sparse.

Hanlon said: “It’s just so hard to win in Ireland and that’s the reason I’m coming to England. It’s so competitive with the likes of Gordon Elliott, Joseph O’Brien and Willie Mullins.

"I’ve only ten or 12 for the track and then have the rest of them for point-to-pointing and to sell. Our yard has gone to a selling yard and I just like to keep my name up by having a couple of winners. In a year’s time we might have fewer racehorses and more point-to-pointers because there’s no money in training in Ireland.”

O’Brien on a roll
Tom O’Brien, who picked up the sought-after spare ride on Hennessy second-favourite Vyta Du Roc on Wednesday, continued his fine run of form as Sister Sibyl made it five winners from his last seven rides in the 1m7½f maiden hurdle for mares.

“I won a bumper on her round here and I fancied her today,” said O’Brien of the Hughie Morrison-trained winner. “She’s got a future.”

Vyta Du Roc is headed in the Hennessy betting only by Native River after 20 were declared for Saturday’s £200,000 highlight at Newbury, and the rider added: “I’ve had a good month but to get a spare ride for Mr [Nicky] Henderson is the stuff I’ve been dreaming about.

“He’s had his comeback run over hurdles and looks to have been trained with that one day in mind, and those are the ones you want to be on.”

Thought for the day
Quantity over quality might have been the order of the day but Mick Maestro looked all class in the bumper and is one to look out for as his attention is turned to juvenile hurdling.

FIRST PUBLISHED 6:15PM, NOV 24 2016
In a year's time we might have fewer racehorses and more point-to-pointers because there's no money in training in Ireland