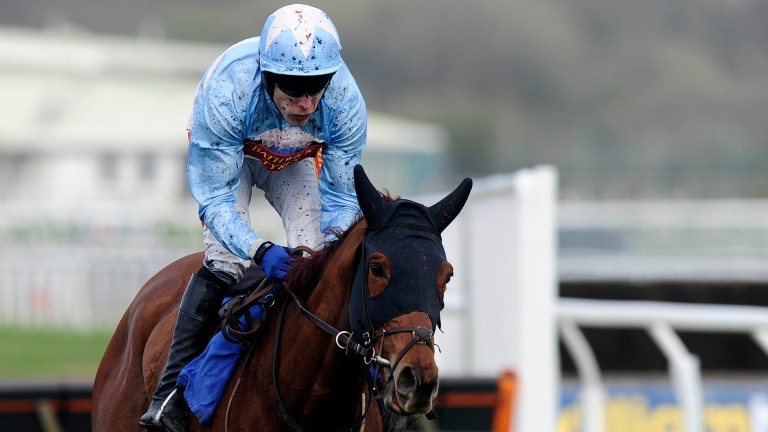 The outcome of Hereford's feature contest on Monday will likely hinge on how some runners handle a return from extended layoffs, with five of the nine set to go to post returning from breaks in excess of 100 days.

The horse absent for the longest period is the former David Pipe-trained Volt Face, off the track for 716 days, while Oscarteea has not been out for 303 days.

Venetia Williams' Centurius last raced at Warwick in May, while topweight Here's Herbie's and Stamp Your Feet have not been seen since June and July.

Both of Oscarteea's career wins came after a holiday, so he may be the best placed of the four to cope with this test.

St Saviour and The Gipper boast 50 per cent strike-rates over the minimum trip, while two miles has proved to be too sharp for The Mad Well, Stamp Your Feet and Here's Herbie in numerous attempts.

Aidan Coleman and Adrian Heskin bring the best recent jockey form into the contest, both having an 18 per cent strike-rate in the last fortnight.

Evan Williams, trainer of The Gipper
We tried him over further last time and I don't think he was running a bad race when he went upside down. We're back to where we started over two miles and I just thought the race looked like it had cut up a bit. We've schooled him a lot over fences this week as he's a little bit too brave for his own good.

Charlie Longsdon, trainer of Volt Face
It's a bit of a fact-finding mission to see where we stand with him. He probably wants a bit further but he's always been quite keen in his races, so I thought we'd start him over the minimum trip and work from there. He was a nice horse in his time – it might take him a run or two to get back to his best but hopefully we can get him there.

Kerry Lee, trainer of Matchaway
He's in good form and we're bringing him back in trip from last time.

Tim Vaughan, trainer of The Mad Well
He was a bit disappointing at Ffos Las but the ground was testing enough that day. He'd need to improve a lot to be getting involved in this but we've dropped him in trip as we just thought we'd try something else. He just needs to find his feet over here and we're still learning about him.

Tom George, trainer of Stamp Your Feet
He's coming back from a break but he seems in good form and we're hoping for a nice run. The horses are running well, so that's always a help.

FIRST PUBLISHED 6:00PM, DEC 18 2016
He's coming back from a break but he seems in good form and we're hoping for a nice run. The horses are running well, so that is always a help