Seven Newmarket trainers shut down and access to the Heath restricted 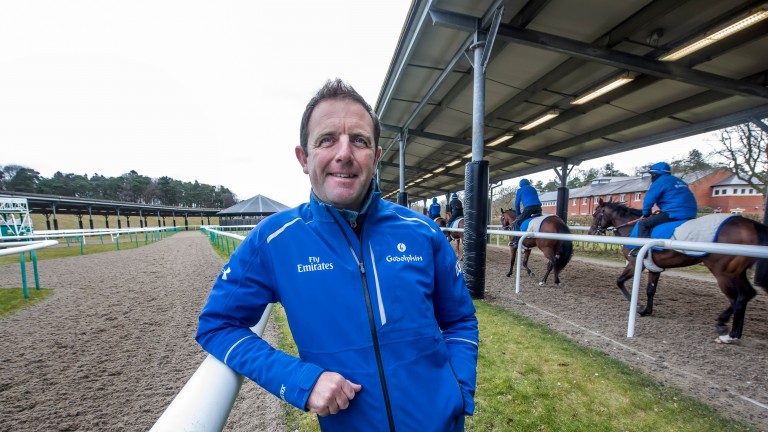 Charlie Appleby: had his team tested on Thursday morning
CHRIS BOURCHIER
1 of 1
By David Milnes UPDATED 10:23AM, FEB 12 2019

Seven Newmarket yards including that of Godolphin powerhouse Charlie Appleby were shut down on Thursday as a result of equine flu outbreak.

Appleby said: "We had two runners at Wolverhampton and after we were informed by the BHA of this issue this morning we had all our horses tested at Moulton Paddocks.

"As that is over 100 horses, the vets were kept busy and hopefully the results will be back in 24-48 hours. Luckily we are a private training facility so we were able to operate as usual."

While Appleby does not use Newmarket Heath, others including Stuart Williams, Robert Eddery, John Berry, Charlie McBride, Marco Botti, Alan Bailey and James Tate do so. They are to be only allowed access to the training grounds after midday. Yards outside HQ will not be able to operate on the Heath.

Stuart Williams, who saddled Hanakotoba to win at Wolverhampton, is one of the trainers asked to keep their horses off the Heath until the afternoon.

He said: "We've been told all 45 of our horses need to be tested tomorrow and that we can only get on the Heath after midday. We have a canter on the yard so we can exercise some of them although it will be a long day. It's a nuisance but what can you do."

Jockey Club Estates, who own the training grounds, were advising trainers to be cautious. Director Nick Patton said: "We've spoken to vets, trainers and the Animal Health Trust and advising them to be especially vigilant  and report anything out of the ordinary to their vets. It's up to them if they want to use the training grounds although those that had runners at Wolverhampton are being asked to use the Heath after midday."

FIRST PUBLISHED 5:43PM, FEB 7 2019
We had two runners at Wolverhampton and after we were informed by the BHA of this issue this morning we had all our horses tested

Can Andrew Balding emulate his father Ian and become champion Flat trainer? Fears grow of Melbourne Cup missing international stars after Godolphin decision Trainers' title race blown wide open - and we might just have a fairytale winner Hopes high of strong European team for Spring Carnival despite veterinary checks Charlie Appleby outlines plans for top three-year-olds Adayar and Hurricane Lane Forgive the gushing enthusiasm but I feel like I have seen something special