Settle For Bay warming up for another Royal Hunt Cup bid 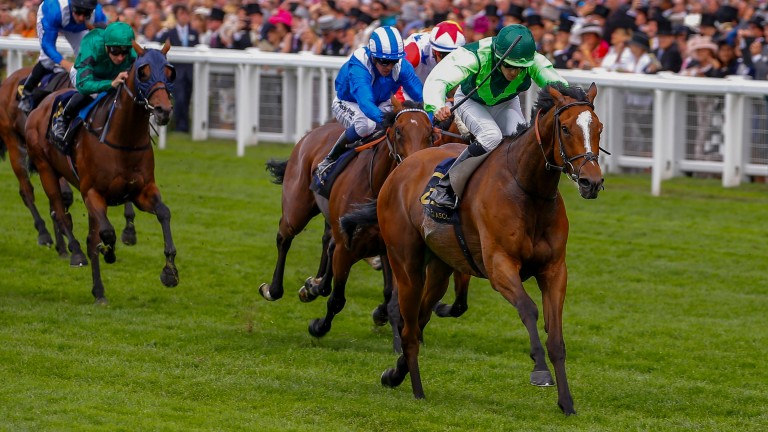 Settle For Bay, winner of the Royal Hunt Cup last year, warms up for another possible tilt at the same Ascot handicap when he faces eight rivals in this Listed event.

The David Marnane-trained five-year-old, who is a best-priced 20-1 for a repeat win in the Hunt Cup, underwent a wind operation after two runs in Dubai in January and had his first start of the Irish season when finishing last in the Owenstown Stud Stakes over seven furlongs at Naas last month.

Speaking on Wednesday, Marnane said: "Settle For Bay badly needed the run at Naas. He can be quite lazy at home but he's in good order. We'll see how he steps out tomorrow and if he performs well then we'll go back and have another tilt at the Hunt Cup." 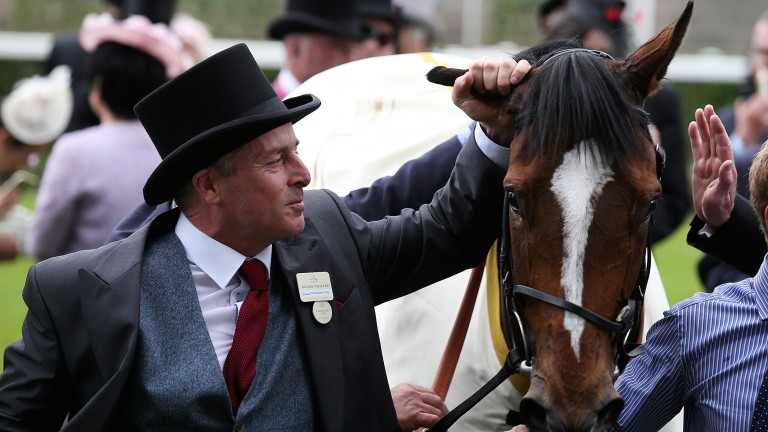 The Naas event was won by Surrounding and the Michael Halford-trained six-year-old is on the trail of a third Listed race success.

Halford said: "Surrounding is in great form and although she has a bit to find on official ratings, she's a rock-solid performer. I'm very happy with her. Good to yielding ground will be fine but she wouldn't want it much slower."

Cut in the ground will be a plus for Yulong Gold Fairy and her trainer Dermot Weld said: "She's been a consistent filly and has won at Group 3 and Listed level. We're hoping to get more black type and she does appreciate ease."

Another who has performed well on slow ground is the Fozzy Stack-trained Hand On Heart, who has finished second and fourth in two Group 3 contests this season.

Flight Risk's losing run stretches back two years and the eight-year-old represents Jim Bolger after a fine second in a competitive handicap at the Curragh last month. 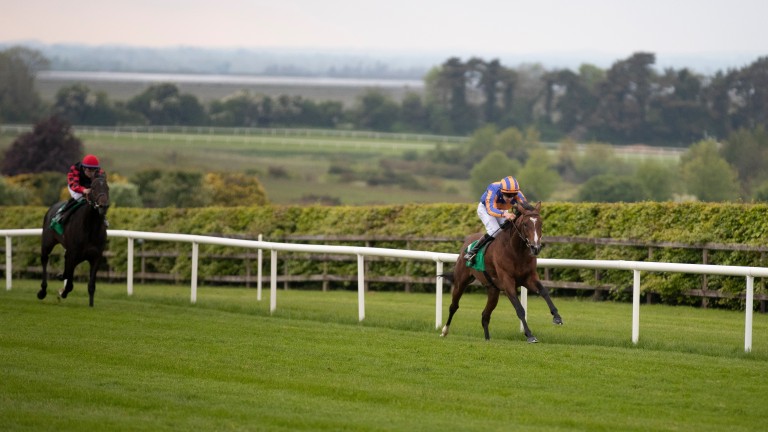 Weld said: "Rakan is a nice colt. He ran well in the Derrinstown having had a hold-up during the winter and we expect him to have progressed from that run."

Taking on Rakan is the Aidan O'Brien-trained Barbados, who steps up two furlongs in trip having got off the mark at the fourth attempt in a maiden at Navan last month, and Joseph O'Brien's Killarney winner Eminent Authority.

FIRST PUBLISHED 6:00PM, JUN 5 2019
Settle For Bay badly needed the run at Naas last month. He can be quite lazy at home but he's in good order