Sennockian Star on verge of milestone at age of seven 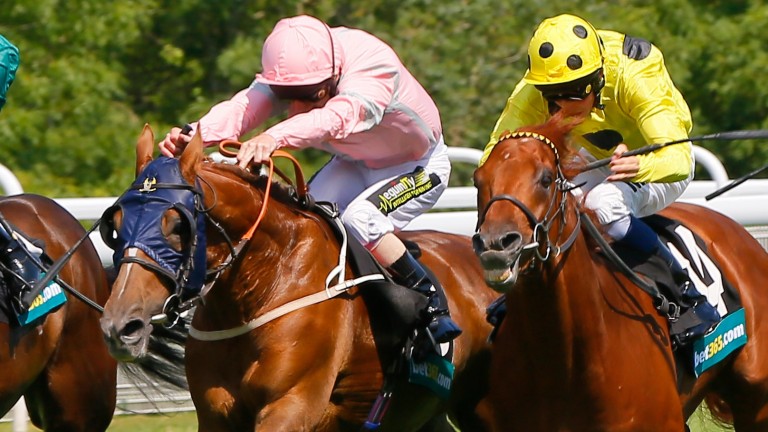 It’s rare for a middle-distance or staying horse to clock up a century of runs at the age of seven, but Sennockian Star will reach that particular milestone when he tackles the 1m6½f handicap (5.00) at Chester on Saturday.

The 14-time winner has taken his owners to many of the major meetings, winning at Glorious Goodwood in 2014 and finishing runner-up in Royal Ascot’s Wolferton Handicap the following summer.

Charlie Johnston, assistant to the gelding’s trainer Mark Johnston, said: “We’ve had him since day one and he’s been an absolute star for us. He's a real favourite with everybody at the yard.”

Johnston added: “He’s a real character and suddenly decided earlier this year that he didn’t like the horsebox, having travelled every inch of the country beforehand in one with no issues! Now he has a pony who goes to the races with him.”

Sennockian Star faces eight rivals at Chester as he bids for his fourth win of the year, his three previous wins in 2017 coming in January and February on the all-weather.

“It’s a fairly small field for the money and the longer trip is what he needs now,” Johnston said. “If he can travel well through the early stages he’d have a chance.”

FIRST PUBLISHED 6:00PM, SEP 15 2017
We’ve had him since day one and he’s been an absolute star for us. He's a real favourite with everybody at the yard