Seemorelights out to emulate illustrious stablemate 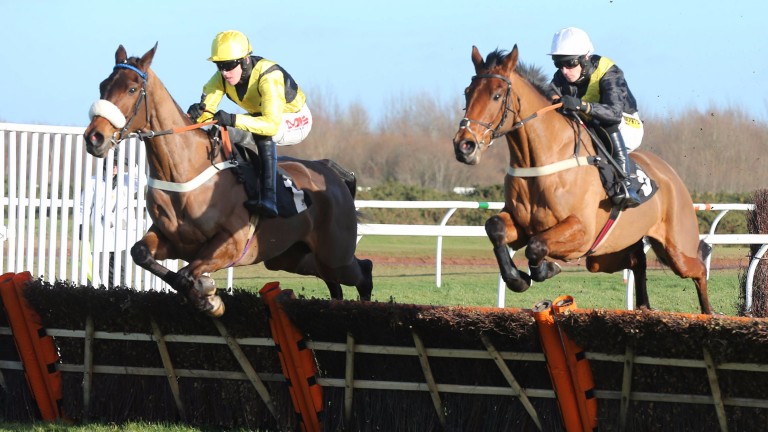 You don't have to be a young child hosting a birthday party to be slightly miffed when your guests make off with all the prizes.

Much is made of the big southern names attracted to Musselburgh's trials weekend, but Berwickshire-based Sandy Thomson saw them off when Seeyouatmidnight showed a 66-1 Hexham success was no fluke by landing the Albert Bartlett Scottish Trial Novices' Hurdle on this card three years ago.

And he hopes to repeat that feat today with Seemorelights, who scored at the same huge odds on his hurdling debut at Kelso last month.

"I don't know how good he is but we thought we should give it a go and see," Thomson said. "I wasn't expecting him to win as he did at Kelso but I thought he might be placed as he'd run well in a very good bumper at Musselburgh."

Overland Flyer also took Paul Nicholls slightly aback with his Taunton success and his trainer said: "He was very impressive. He's not a morning glory at home and you wouldn't have known he was going to win like he did, he caught us a little bit by surprise so we want to see him do it a second time."

Brian Ellison is very hopeful for Ballycrystal and said: "He's been winning on ground he doesn't really like and he should run really well."

The trainer also warned against underestimating Stipulate in the Sky Bet Supreme Scottish Trial Novices' Hurdle and said: "He would probably have won last time if he hadn't slipped at the third-last. He's a 100-rated Flat horse and I think he'll run very well."

Peter The Mayo Man, who returns from a three-month break, has more obvious claims on hurdling form and trainer Neil Mulholland said: "He schooled well on Friday morning and goes to Musselburgh in good form.

"He likes good ground so it made sense to freshen him up with a view to the spring. He has done all his winning over two miles. He has two entries at Cheltenham but I'm very happy with what he has been doing at this trip."

Paul Nicholls' High Secret won at Taunton but the trainer said: "That was an ordinary race compared to this and he has to improve again."

Nicky Henderson hopes for the best from Lough Derg Spirit and said: "He looked good at Kempton first time, although I don't know what he beat that day. He ran a respectable race at Ascot and he's getting back on good ground but this is a competitive race."

Will come on for the run

Nicholls and Ellison go head to head in the totepool Scottish Future Champions Novices' Chase but the champion trainer warned of Frodon: "This is a nice stepping stone to the spring. He's going to improve for the run because there are targets further down the road but this is a nice race for him."

Ellison won this last year with Five In A Row and said of his dual chase winner Apterix (who concedes 3lb to Frodon): "He's working very well. He's not very well in with Frodon but he's in good form and I'm hopeful."

The past and present champion trainers also clash in the £5,000 novice hurdle as each seeks to take advantage of the good ground.

"He's progressing all the time," said the trainer. "He's going a little bit further, he got caught on the hop for a moment at Huntingdon the other day but then he got out and did it well. He's still quite green and babyish."

Winningtry has yet to win a race over hurdles but Nicholls said: "He was a little bit green at Taunton last time but he ran nicely, he's gaining in experience and getting better all the time."