Connections are leaning towards the mares' novice hurdle for Let's Dance
Alain Barr
1 of 1
By Lee Mottershead and Tony O'Hehir 6:07PM, MAR 3 2017

The prospect of Willie Mullins' stable staff sharing a meaty payout is leaning Rich and Susannah Ricci towards running Let's Dance against her own sex at the Cheltenham Festival.

Solicitors Nathaniel Lacy & Partners linked a €50,000 bonus to the firm's sponsorship of the Grade 2 Leopardstown novice hurdle won by the Mullins-trained Let's Dance at the end of January.

To claim the cash, last season's Triumph Hurdle fourth needs to win any race at the Cheltenham Festival, and although also entered in four Grade 1 contests, she is now a best-priced 7-4 favourite for day three's Grade 2 Trull House Stud Mares' Novices' Hurdle, for which stablemate Airlie Beach is next in the market at around 3-1.

Have a go at our festival quiz

The Riccis' racing manager Joe Chambers said: "The bonus is a fantastic initiative. The fact it would go not to Rich and Susannah, Willie or to Ruby, but to the people who should be getting it, is important.

"Willie said at his press day on Monday he was aiming to run Let's Dance and Airlie Beach in the race. I would also be lying if I didn't say the bonus wouldn't play a huge part in the decision on where she does run.

"Our view is we should find the race that gives us the best chance of delivering the bonus. I think most people would say the mares' novice hurdle is, for her, probably the most winnable race."

Lacy said: "I'm involved in Irish racing through Tote Ireland and sponsorship at Leopardstown and I was keen any bonus should give something back to the grassroots." 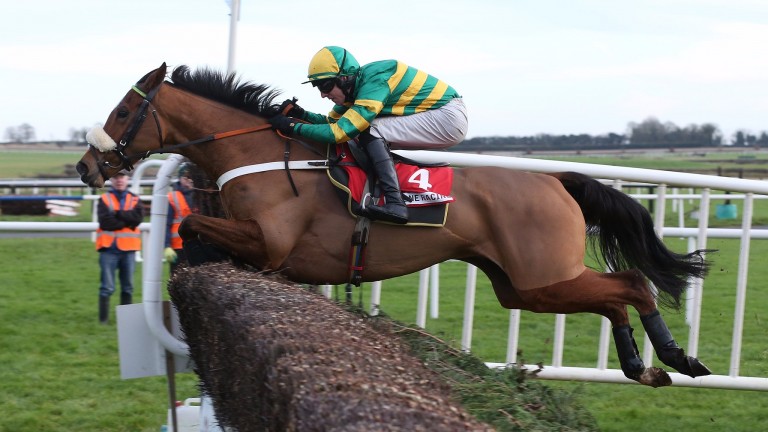 Trainer Eddie Harty said: "Cheltenham was his main target. Whether we get him back for maybe Punchestown or give him an early holiday and wait until next season is something we'll consider. We'll be doing the right thing by the horse."

Rain fell at Cheltenham on Friday with more likely over the coming days.

Clerk of the course Simon Claisse said: "Between 7.30am and 11.45am we had 4mm of rain but that wasn't enough to change the going, which is good to soft on the Old course and good to soft, good in places on the New and cross-country courses.

"We're expecting 1mm to 2mm of rain on Saturday and then 5mm to 6mm on Sunday, with the weather then remaining unsettled next week.

"The forecast for the next ten days suggests we could get 14mm to 20mm of rain, although that, in itself, is quite a big range."

FIRST PUBLISHED 10:02AM, MAR 3 2017
Coney Island badly bruised a foot during the week and there is no way he will have recovered in time to travel