Search called off after jockey's body is recovered from river 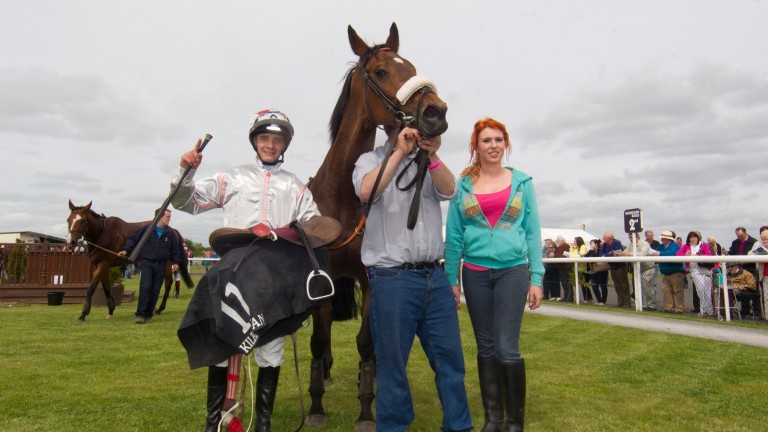 Tom Gibney has described John Tobin as a "top-class fella and a genuine horse lover" after the 31-year-old's body was recovered from the River Blackwater in Kells, County Meath on Tuesday afternoon.

Tobin was last seen at 6am on Sunday and a massive search operation involving Meath River Rescue, Kells Gardai and Meath Civil Defence concluded at noon on Tuesday after his remains were recovered from the river.

Tobin's last winner was on Empresario, trained by his close friend Matthew Smith, in a maiden hurdle at Down Royal in June 2014.

His first ride in public was at Bellewstown in July 2003 on Thewhatumaycallit in a maiden hurdle for Tom McCourt and his first winner arrived at Down Royal in August 2011 when he guided the Tom Gibney-trauned Between Me And You to victory in a maiden hurdle.

He was also successful on Never A Secret in a maiden hurdle at Kilbeggan in June 2013.

Tobin spent three years working for Gibney and played a big part in the early stages of the career of 2012 Irish Grand National winner Lion Na Bearnai, riding the New Frontier gelding in eight of his first ten starts.

"John C, as everyone called him, was a top-class fella," Gibney told the Racing Post. "He was a serious talent. He was a decent pilot and and an exceptionally good work-rider.

"He always gave me great feedback after he sat on one for me. I would say he spent about three years with me and we got on great together."

Gibney added: "The one thing that stood out about John C was that he was a genuine horse-lover and had a real affinity for horses. When you have someone like that it is a massive, massive help.

"He played a big part in the early stages of Lion Na Bearnai's career and he rode him in most of his early races. It was desperately sad news to hear what has happened and my heart goes out to his friends and family."