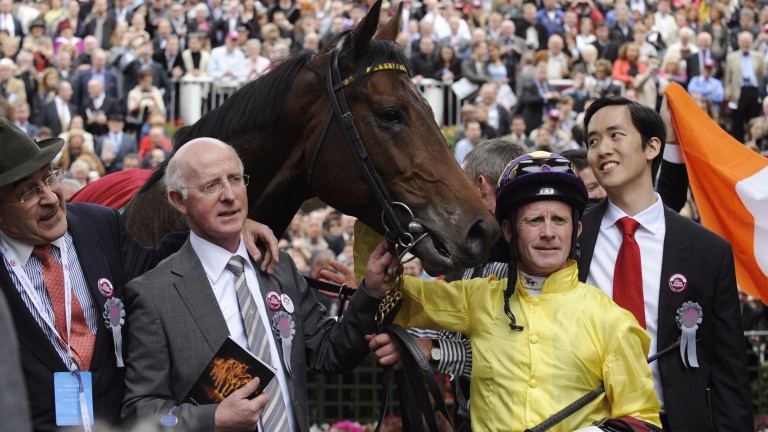 The partnership between John Oxx and the Tsui family that combined to produce one of the greatest Flat horses of all time in Sea The Stars has come to an end following the owners' shock decision to remove their horses in training from Ireland.

Coming three years after Oxx lost the patronage of the Aga Khan, it is a second significant blow to the legendary Curragh trainer and his team.

Among the 11 horses who have been removed from his Currabeg stable in the past week is Classic hope Sea Of Grace – a Group 3 winner who is generally a 16-1 shot for the 2017 Investec Oaks – who will now be trained by William Haggas.

"Mrs [Ling] Tsui has decided not to have any more horses in training in Ireland," Oxx revealed on Tuesday.

"Nine of them have gone to France and a couple to England; Sea Of Grace is a lovely filly that any trainer would love to have – her form is there for all to see.

The Tsui's first had runners with Oxx in 2004, but their level of success was thrust into another stratosphere courtesy of the stellar 2009 exploits of Sea The Stars, who sported the colours of Ling Tsui's son Christopher.

After being beaten at the Curragh on his debut at two, the Cape Cross colt – a son of the Tsui family's 1993 Prix de l'Arc de Triomphe heroine Urban Sea and brother to the 2001 Derby victor and super sire Galileo – won his final two starts as a juvenile.

He then carried all before him during his Classic campaign, plundering the 2,000 Guineas on his reappearance before adding the Derby, Eclipse and Juddmonte International.

Sea The Stars made his only appearance as a three-year-old at an Irish track when recording a memorable triumph in the Irish Champion Stakes at Leopardstown, before signing off with the most glorious swansong at Longchamp by emulating his dam in the Arc.

Under a revered Mick Kinane steer, he won his sixth Group 1 in as many months by overcoming trouble in running to stamp his authority all over the race, confirming his place in the pantheon of modern equine superstars. He was subsequently retired to the Aga Khan's Gilltown Stud, and this year sired the Derby winner Harzand.

"We were very happy to have had Sea The Stars and we had a great association with the Tsuis through him," Oxx reflected.

"That will never be forgotten by anybody, so we were fortunate to have trained him for them, and are very grateful for that, but time moves on."

FIRST PUBLISHED 3:34PM, NOV 8 2016
Mrs Tsui has decided not to have any more horses in training in Ireland. Nine of them have gone to France and a couple to England