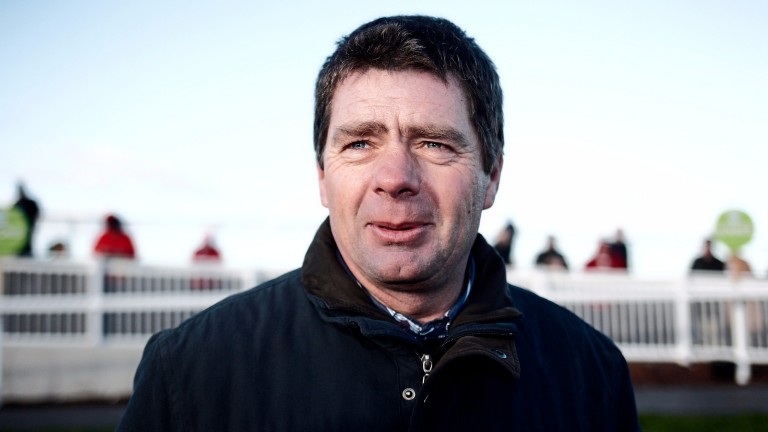 Ruled out of Royal Ascot because of a slight setback, Sea The Lion makes his return at the Curragh on Thursday seeking a third consecutive win in this premier handicap.

Last seen in action when finishing third in the Ebor Handicap at York in August, the Jarlath Fahey-trained eight-year-old was due to make his reappearance in the Duke of Edinburgh Handicap at Royal Ascot last week.

"He had a minor hiccup that ruled him out of Ascot," said Fahey. "He missed a bit of work but he seems fine and we're anxious to get his season started."

With Sea The Lion's regular partner Ronan Whelan claimed by Michael Halford for Massif Central, Fahey has booked 7lb claimer Gavin Ryan for the his six-time winner, who heads the weights.

Halford said of Massif Central: "We went a mile and a half with him at Cork a couple of weeks ago and he handled the step up well. He's in good shape and hopefully they'll go a good, strong gallop. He's got a really long stride, so a good pace suits him."

Joseph O'Brien is three-handed with Ming, Rockabill and Perfect Tapatino. The last-named renews rivalry with Massif Central, having held him off by a neck at Cork.

O’Brien said: "Perfect Tapatino came out of the Cork race well. We're happy with him and, while this will be a bigger ask, we're hoping for a big run.

"Ming ran well at the Curragh last time when returning from a break. He didn't make the cut for Royal Ascot but is in good form. Rockabill ran third on his last two starts and seems in good shape."

The John Murphy-trained War Diary, a seven-length winner of a maiden at Clonmel in April, will be making his handicap debut.

FIRST PUBLISHED 6:00PM, JUN 26 2019
He had a minor hiccup that ruled him out of Ascot. He missed a bit of work but he seems fine and we?re anxious to get his season started