Scudamore full of confidence before Thistlecrack's next test 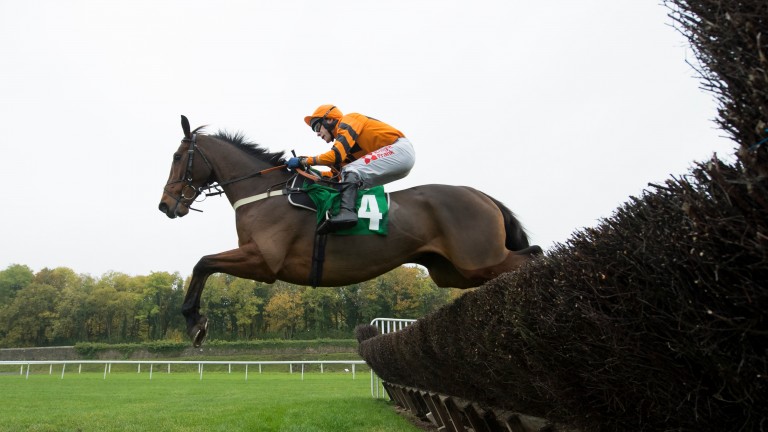 He said: "He had done everything right at home before he ran at Chepstow and it was the perfect starting point for his career over fences as he jumped so well and I only had to nudge him out when Aqalim made a brief challenge over the last couple of fences.

"He's always been the sort of horse that if you don't enjoy working with him then perhaps you shouldn't be in the game as he's everything a top-class horse should be.

"Hopefully Saturday will be another step in the right direction as his long-term aim will be the Gold Cup in March."

Among his potential rivals on Saturday include the David Pipe-trained Champers On Ice, Chepstow runner-up Aqalim and Irish raider Alpha Des Obeaux, who chased home Thistlecrack in the World Hurdle and won a Grade 3 novice chase last time.

Looking further ahead, Scudamore added: "He has an entry in the King George at Kempton over the Christmas period and that is an option, but we will see how he is after the weekend and it will be up to his owners John and Heather Snook and Colin Tizzard to decide what might be next."

Scudamore's boss Pipe is likely to have a number of entries at the three-day meeting where he has done so well in recent years and the jockey cited 2015 Champion Bumper winner Moon Racer as his best chance of a winner outside of Thistlecrack.

He said: "Moon Racer still has plenty to learn as far as his jumping is concerned, but it was hard to fault the way he battled it out with this year's festival bumper winner Ballyandy to win at Perth."

FIRST PUBLISHED 4:24PM, NOV 7 2016
He's always been the sort of horse that if you don't enjoy working with him then perhaps you shouldn't be in the game as he's everything a top-class horse should be