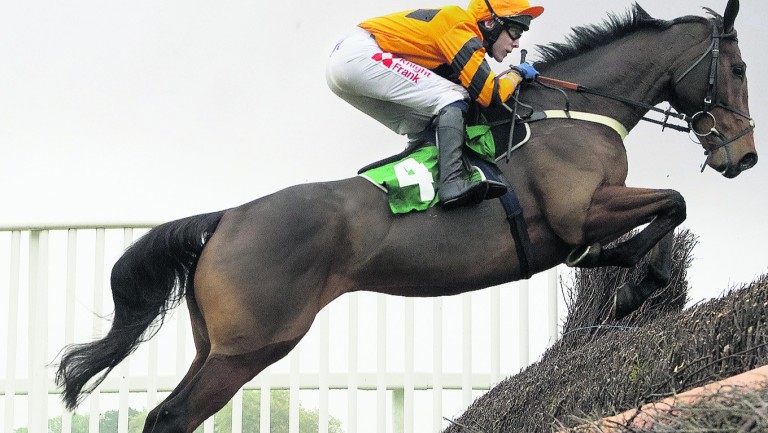 Tom Scudamore feels no nerves and sees no reason to feel Thistlecrack will be any less brilliant over fences than he was over hurdles. For that reason his jockey approaches the 32Red King George VI Chase full of confidence.

In an exemplary campaign Thistlecrack last season showed himself to be one of the very best long-distance hurdlers there has ever been, particularly when sauntering to success at the Cheltenham and Aintree festivals.

With the eight-year-old's advancing years a significant consideration, owners John and Heather Snook then chose to send their star over fences, but the sport's biggest novice prizes were never a serious option. Only the best will do for Thistlecrack, which means he tries for a place in racing history as the first novice to land the King George.

He does so having won all three of his chasing starts and, aside from some worrying moments at Cheltenham's open ditches, has looked a safe conveyance.

Rider Scudamore certainly appears to have no worries and evidently expects to win – although he says Cue Card's jockey, Paddy Brennan, will feel the same about the Colin Tizzard-trained stablemate.

"Both Paddy and I will be very confident," said Scudamore.

"Thistlecrack's biggest strength is he keeps winning. He hasn't been tested for a very long time. No matter how a race is run, slow or fast, he beats them and he beats them well.

"This will be a different challenge, obviously, but there is nothing to suggest he won't be as good over fences as he was over hurdles, and a small field will suit him better than a bigger field would have done.

"I feel very relaxed. I've done all my homework and I'm pretty comfortable in my mind about what I'm going to do. I'm well prepared and because of that I don't feel nervous."

Pros Ridiculously talented horse and, if able to fully convert his hurdling form to fences, will take some beating