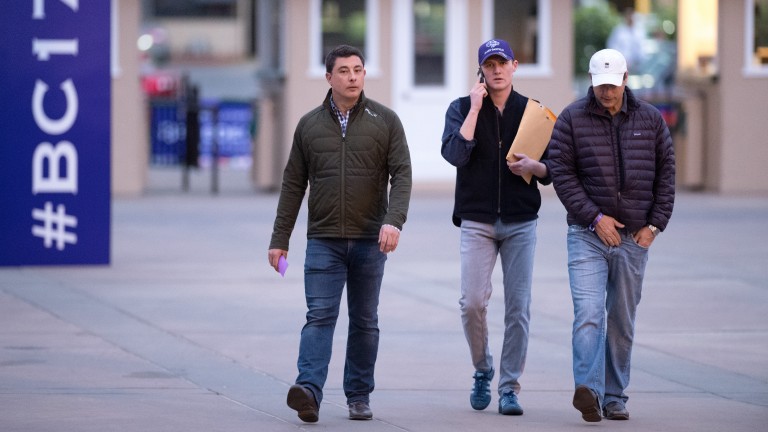 Frankie Dettori is bursting with confidence and primed to "make magic happen" at the Breeders' Cup this week, according to James Garfield's trainer George Scott, who touched down in San Diego on Monday after flying out with the in-form rider.

Famously a rider who thrives on confidence, the 46-year-old has enjoyed a stunning season and a string of big wins, including Enable's Arc victory and Cracksman's Champion Stakes last weekend.

"He's so pumped up," said Scott. "He's like a kid, I've been trying to keep him under control travelling with him! He's picked up the ride in the Melbourne Cup [on favourite Almandin] as well and when he's like this he can make magic happen.

"He'll do something special this week, I've just got a feeling, and I'm just praying it's on my horse. He's just in incredible form."

It was Dettori who first floated the idea of taking James Garfield to the Breeders' Cup after the pair were narrowly defeated in the Acomb Stakes at York. Dettori subsequently rode James Garfield – named by owner and Scott's father-in-law Bill Gredley after an assassinated US president – to victory in the Mill Reef. 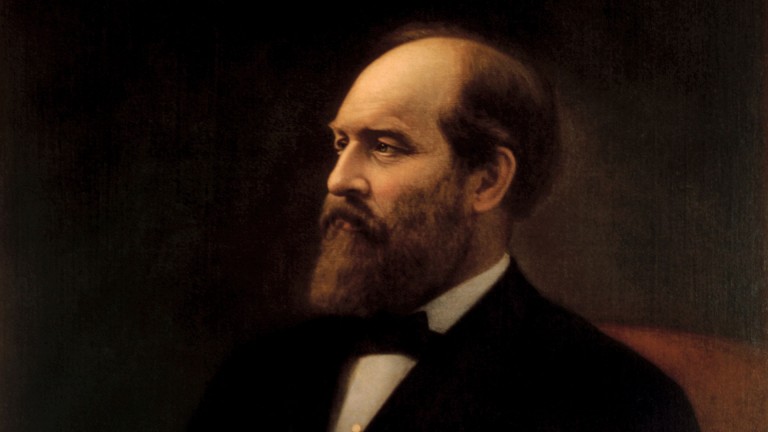 James Garfield: the 20th president of the United States was assassinated in 1881

"He's been in great form since the Mill Reef so we were keen to keep moving forward with him," said Scott, who at just 28 and in only his second full season as a trainer is making his Breeders' Cup debut with the 6-1 shot.

"I feel very lucky to have a horse like this so early in my career. James Garfield didn't get a bid at Doncaster sales, not a bid – and now he's worth £2 million!

"I always thought he was lovely but he's developed into a gorgeous horse, he's changed so much. He was quite feminine at the sales and lacked a little bit of a walk, but now he's got a great top-line, he's loosened out and walks like a panther."

Scott was in the air during Monday's draw ceremony and was delighted to learn on touchdown that James Garfield had been assigned berth seven, with several fancied runners inside him, although the trainer added he would leave tactics to Dettori, who will get an early sighter of Del Mar's tight turf track on Wednesday when he partners Simon Callaghan's Kazan in a mile maiden. 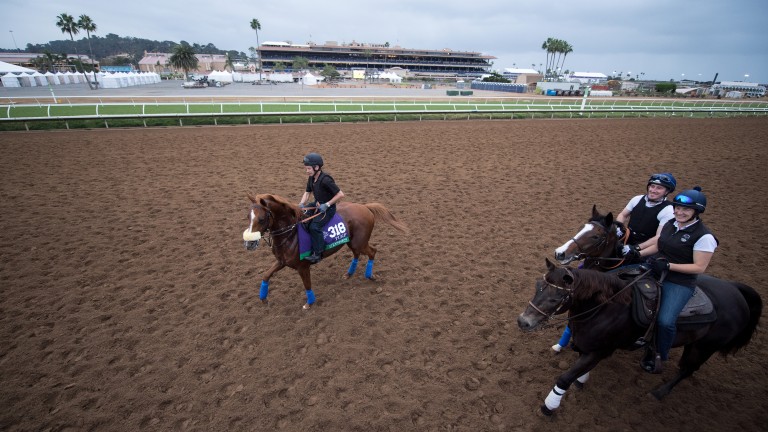 Among the roughest draws was Roly Poly's wide berth of 12 for the Mile. In the Turf, O'Brien's defending champion Highland Reel fared better after landing gate three, with Ulysses in five.

The world's highest-rated racehorse Arrogate drew the tricky inside gate one for the Classic, drawing gasps from the crowd at the ceremony, while chief rival Gun Runner is in five. O'Brien will field two: Churchill (7), partnered by Ryan Moore, and War Decree (2), ridden by Seamie Heffernan.