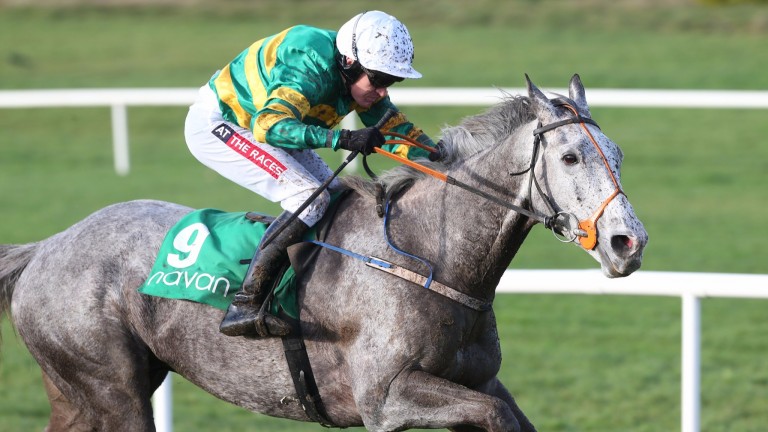 Scoir Mear, representing JP McManus, Tom Mullins and Barry Geraghty, will be bidding for a third win over hurdles, having finished second to Gordon Elliott-trained rivals at Navan on his last two starts.

Successful over this trip at Tipperary early in the season, the seven-year-old also won over almost two miles six furlongs at Galway in October.

The Michael Hourigan-trained Moores Road is the most recent winner in the line-up, having got off the mark in a handicap over the same distance at Limerick nine days ago.

Rory O'Moore, at 12 the veteran of the party, is the only course and distance winner in the race, winning a handicap here in November 2014.

The other course winners in the field are the Adrian Maguire-trained Knockraha Pylon, who won a 2m handicap at the venue last month before finishing third over that same trip at Limerick, and the Tom Gibney-trained three-time hurdles winner Ah Littleluck, who landed a 3m maiden hurdle over the course in May.

Consharon Boy, whose trainer Terence O'Brien is also represented by four-time hurdles winner Buster Dan Dan, will be running in a handicap for the first time.

Tom Mullins, trainer of Scoir Mear
He's in good form and we're hoping he can return to winning ways after finishing second on his last two starts. He's gone up 6lb for his last run, so we're going to find out whether he merited that rise in the ratings.

Eoin Griffin, trainer of Rathpatrick
The ground was probably too dead for him last time – he prefers loose, soft ground. He's been in good form at home but he'll need to leave his recent racecourse form behind.

Terence O'Brien, trainer of Buster Dan Dan and Consharon Boy
Consharon Boy is running in his first handicap. He's been very consistent, though, and is in good form. Buster Dan Dan's recent form has been disappointing and he seems to have lost his way. He's got winning form over the distance but that was some time ago and it's hard to know what to expect from him.

Gordon Elliott, trainer of High Expectations`
He's in good form. Soft ground shouldn't be a problem, although two and a half miles is probably as far as he'd want to go.

Michael Hourigan, trainer of Moores Road
He's in good form, is off bottom weight and Andrew Ring takes off 5lb. Front-running seemed to make a difference to him at Limerick.

FIRST PUBLISHED 6:00PM, JAN 6 2017
Soft ground shouldn't be a problem, although two and a half miles is probably as far as he'd want to go