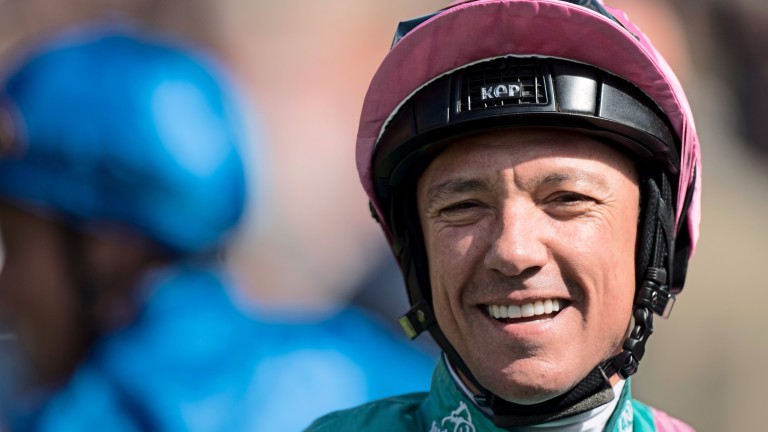 Frankie Dettori: will be aboard British raider Knight To Behold in Saturday's Irish Derby
Edward Whitaker
1 of 1
By Brian Sheerin UPDATED 7:47PM, JUN 28 2018

Frankie Dettori, bidding to ride his second Irish Derby winner on Saturday when he takes the mount on Knight To Behold, has revealed he is most afraid of Dee Ex Bee and cannot understand why Saxon Warrior is such a short-priced favourite for the race.

The 47-year-old, who won the Irish Derby back in 1994 aboard Balanchine, was earlier in the week snapped up by the connections of Knight To Behold, and while he rates that colt as an interesting contender, Dettori admitted he will have his work cut out to beat Dee Ex Bee on Saturday.

He said: "I don't understand why Dee Ex Bee is not favourite for the race as he's the one I fear the most.

"He's proved at Epsom that he stays and he's already beaten Saxon Warrior so I can't believe how the bookmakers have priced it up. It doesn't make sense to me."

Watch a replay of the Derby here

Dettori added: "The Epsom form usually stands the test of time and I would really be more worried about Dee Ex Bee than the favourite Saxon Warrior as I think he has it all to prove again after the Derby.

"Nevertheless, Saxon Warrior is a 2,000 Guineas winner, but to me, Dee Ex Bee is a proven stayer and the race may suit him better."

Saxon Warrior is a top-priced 8-11 shot with Paddy Power for the Dubai Duty Free-backed Classic, while Dee Ex Bee is freely available at odds of 4-1. Dettori's mount Knight To Behold is a general 20-1 chance.

Speaking about Knight To Behold, Dettori said: "I'm looking forward to a good run from him. He's only run four times in his life and I'm hoping for a little bit of improvement. He's interesting.

"Prior to Epsom he was one of the favourites for the Derby as he beat Kew Gardens in the Lingfield Derby Trial, and that horse franked the form at Royal Ascot so I'm hopeful." 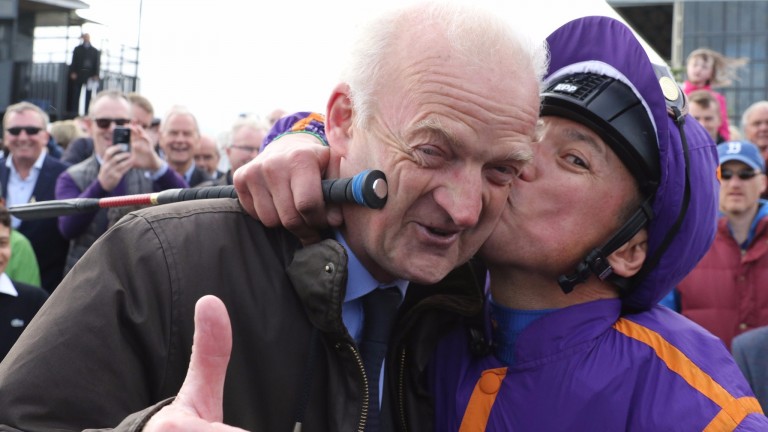 More kissing on Saturday? Frankie Dettori and Willie Mullins, seen here after Wicklow Brave won the Irish St Leger in 2016, team up with Buildmeupbuttercup in the Emirates Cesarewitch
CAROLINE NORRIS

The Italian's latest Curragh Classic was recorded in effortless fashion last season when he partnered Enable to win the Irish Oaks and, before that, he lit up Irish Champions Weekend when making all on Willie Mullins' Wicklow Brave to inflict a shock defeat on Order Of St George in the 2016 Irish St Leger.

Dettori will be riding at the new-look Curragh for the first time and acknowledged the racecourse will be different to what he has been used to down through the years with the two-year redevelopment taking shape quite rapidly.

He said: "It will be interesting to see the Curragh on Saturday. It should be good – Derby day, hot weather and I'm sure it's going to be a good turnout. It has all of the ingredients to be a great day for everyone.

"I love riding there. I'm good friends with Johnny [Murtagh] and I stay with him whenever I'm riding in Ireland.

"We've got something in common in that we've both got five kids and he used to stay with me when he was riding at Newmarket and now it's me staying with him at the Curragh. 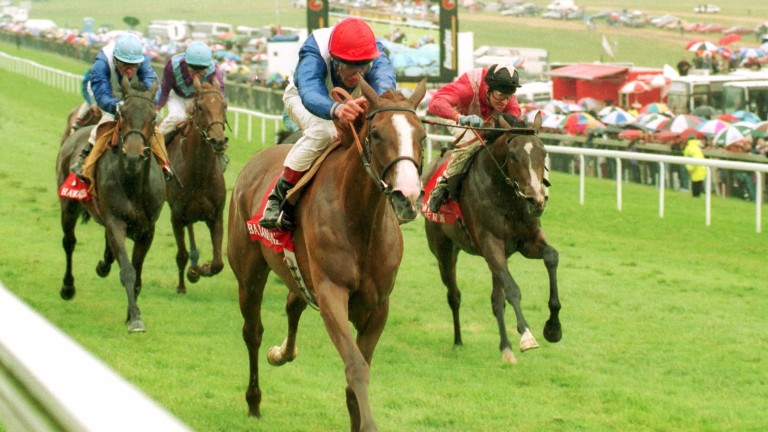 "It's a wonderful track full of tradition and I always love coming over. Balanchine was a special horse for me because she was my first Classic winner when she won the Oaks in 1994 before she went on to beat the boys in the Irish Derby.

"She's my only Irish Derby winner so far but you got to go into every race thinking you can win and I'll be doing the best I can to win my second on Saturday."

FIRST PUBLISHED 12:13PM, JUN 28 2018
I love riding at the Curragh. I’m good friends with Johnny [Murtagh] and I stay with him whenever I’m riding in Ireland