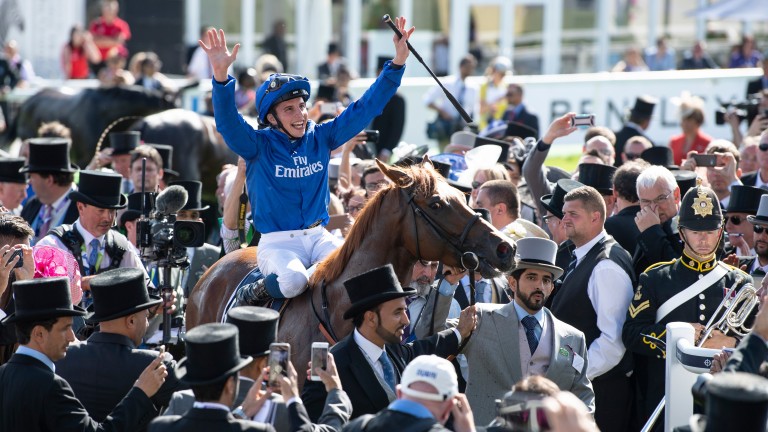 William Buick and Masar after winning the DerbyEpsom 2.6.18 Pic: Edward Whitaker
Edward Whitaker
1 of 1
By Lee Mottershead UPDATED 10:08AM, JUN 3 2018

On a glorious sunlit stage and in the most important of all Flat races the scales finally shifted in favour of the man who transformed the sport as Masar ended a series of crushing Godolphin Classic defeats to give Sheikh Mohammed a momentous Investec Derby triumph.

This was not the first time Godolphin had captured the contest on which an entire industry pivots, but 23 years after Lammtarra surged to glory in a green and white strand of the Maktoum family empire, William Buick broke new ground as the first jockey ever to pass the Derby's winning post in front wearing the Godolphin blue.

It had been only 24 hours earlier that the story of so many recent Classic afternoons was repeated when their strongly fancied Oaks favourite Wild Illusion came up short in her mission in a race that again – yet again – was claimed by a rival trained by Aidan O'Brien for the all-powerful Coolmore. 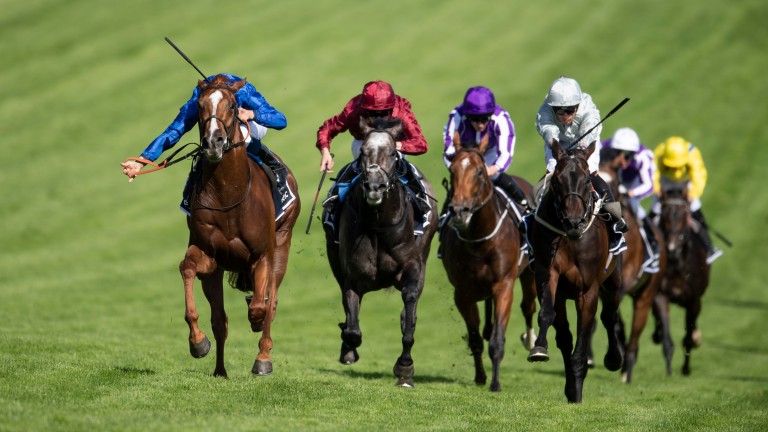 As Coolmore have kept winning British Classics Godolphin have kept losing them.

It has hurt, but here was a reversal of colossal proportions, as while Masar led home Dee Ex Bee – a colt owned by Sheikh Mohammed's son Sheikh Hamdan – Ballydoyle's odds-on 2,000 Guineas hero Saxon Warrior could manage only fourth, his Triple Crown ambitions trampled on the Epsom turf.

For Godolphin's breeding wing this was also a magnificent result, with both first and second sired by their own stallions.

That drought had stretched back to Encke's triumph in the 2012 St Leger, a race that ended another Coolmore Triple Crown tilt. Relations between the two superpowers were then cold and turned colder. Much ice has melted since, but competition remains fierce and in the 239th Derby the most coveted of all competitions was won by Godolphin. 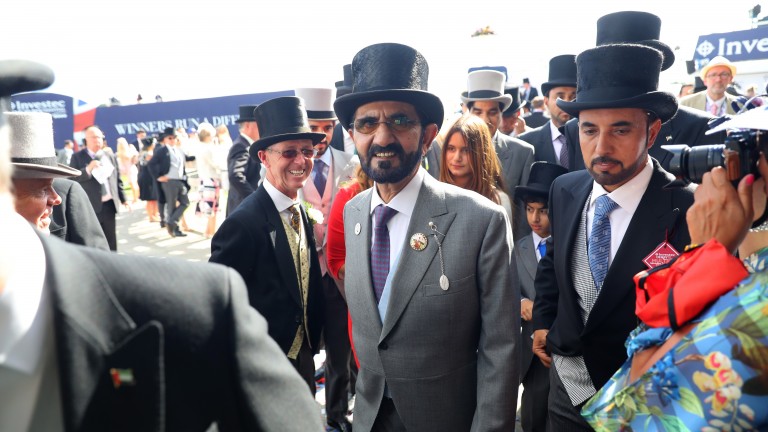 Sheikh Mohammed is all smiles after Masar's triumph
Getty Images

"It's not easy to win the Derby, but we have won it," said Sheikh Mohammed. "The Derby is the best race in the world. This race is what it is all about. I'm very happy that my daughter is here today and that the horse came from Dubai."

The Dubai ruler had seen that horse racing at Meydan when Masar was thumped by 41 lengths on dirt. Back on grass the son of New Approach has fulfilled all his bountiful promise, taking the Craven Stakes by nine lengths before finishing third behind Saxon Warrior in the Guineas.

This time that form was turned on its head.

Having travelled beautifully, Masar grabbed the lead from Hazapour and Frankie Dettori just over a furlong from home. At that point Saxon Warrior, who had been ridden patiently by Ryan Moore, was already beaten, and while all he could do was stay on steadily, Masar devoured the final hill to score at 16-1 by a length and a half. Roaring Lion finished half a length adrift of Dee Ex Bee in third. 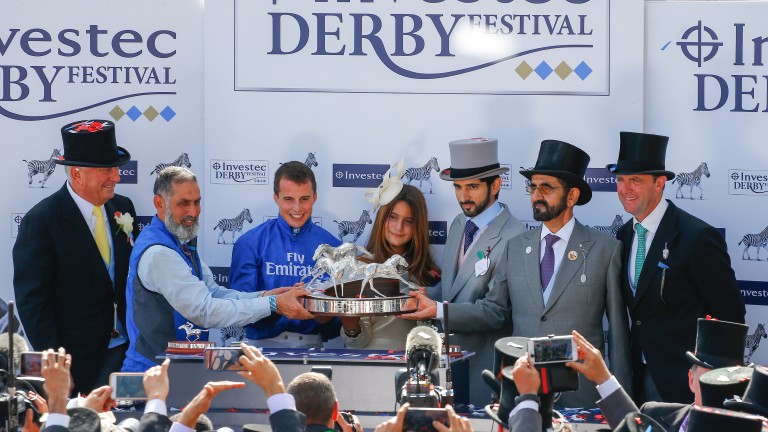 "It still hasn't sunk in," said Appleby. "I've been at Godolphin for 20 years and I've seen plenty come and go. When I was appointed trainer five years ago it was always the goal to have a Derby winner in the Godolphin blue. I'm delighted to be here and part of it.

"Going home yesterday I was wondering what we had to do to get in front of the Coolmore/Ballydoyle team.

"They're such a fantastic team and there's great sportsmanship among us all. It was becoming a conundrum working out what we had to do to get in front, but hopefully we've answered those questions."

The sportsmanship spoken of by Appleby was seen when Coolmore's Kevin Buckley was the first to shake the winning trainer's hand on the grass Masar had just conquered. Congratulations also came from O'Brien, whose five-strong flotilla, on this occasion, sank.

Speaking of Godolphin's boss, O'Brien said: "I'm delighted for him, absolutely over the moon. Nobody deserves it more. I'm delighted for everyone, Charlie, William and Sheikh Mohammed. That's what sport is all about. It's a privilege to take part in it."

For Buick, it has been a privilege to be retained in the Godolphin livery. The job has brought him vast wealth, not least in races staged in Dubai, yet it has also confirmed him to be a riding talent of the highest order. 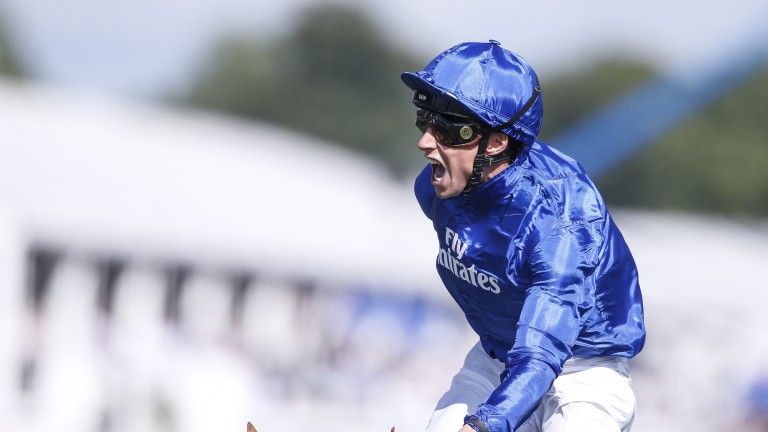 "It's something really special to win the Derby," he said. "It's the pinnacle of the sport, the holy grail, the be-all-and-end-all, the everything. It means the absolute world to me."

It meant the world to all of them. To the racing world a victory that will motivate Sheikh Mohammed ever more can be viewed only as hugely positive.

"The last 100 yards were a long way, but it's just great," said Appleby. "His Highness is here with the royal family and Godolphin are back with a Derby winner."

Back in the blue with a bang.

FIRST PUBLISHED 4:44PM, JUN 2 2018
It was becoming a conundrum working out what we had to do to get in front but hopefully we have answered those questions