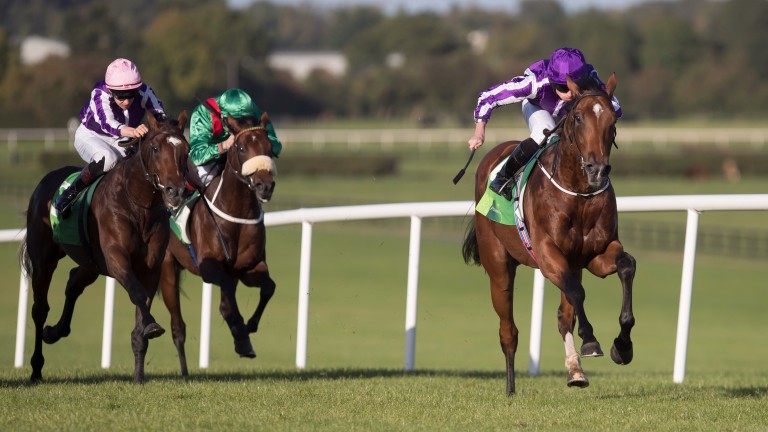 The Racing Post Trophy has gone Aidan O'Brien's way on seven occasions but should any of his four runners deliver on Saturday it will be the most significant result of all for the Ballydoyle trainer, for whom victory would break Bobby Frankel's Flat record of 25 top-flight wins in a calendar year.

O'Brien first won the Doncaster event with Saratoga Springs 20 years ago, and his subsequent winners of the race include High Chaparral, St Nicholas Abbey and Camelot, all of whom went on to greater things.

This time he runs Saxon Warrior and The Pentagon, who are at the top of the Investec Derby market, Dewhurst Stakes third Seahenge, and the six-race maiden Coat Of Arms.

Saxon Warrior, on whom Ryan Moore will be seeking a first win in the event, is favourite to be the history maker. He is unbeaten in two starts, both over this trip of a mile, and landed the Group 2 Beresford Stakes at Naas last month.

O'Brien said: "We've been happy with Saxon Warrior since his Naas win. He got the trip well in the Beresford and he's going there in good form."

The Pentagon is two from three, winning his maiden at the Curragh by eight and a half lengths before landing the Group 3 Tyros Stakes at Leopardstown in July.

"The Pentagon had a slight hold-up since his Leopardstown win," said O'Brien of Seamie Heffernan's mount.

"It was very minor but he was on the easy list for a couple of weeks. He seems in good form to start back but has been off a long time."

According to O'Brien, Seahenge, who won the Champagne Stakes at Doncaster last month, came out of the Dewhurst well.

"We haven't asked him to do much since Newmarket but he seems in good form," he said, adding: "Coat Of Arms is a good, solid horse and we're just hoping he runs well."

Pros Progressive colt who got the trip well when winning the Beresford last time.

Cons Will need to step up on previous form if he is to retain his unbeaten record.

Pros Well-regarded as a good middle-distance type for next year and showed plenty in wide-margin maiden win.

Cons Hasn't run since July due to slight setback and form of his Tyros Stakes win looks quite ordinary. 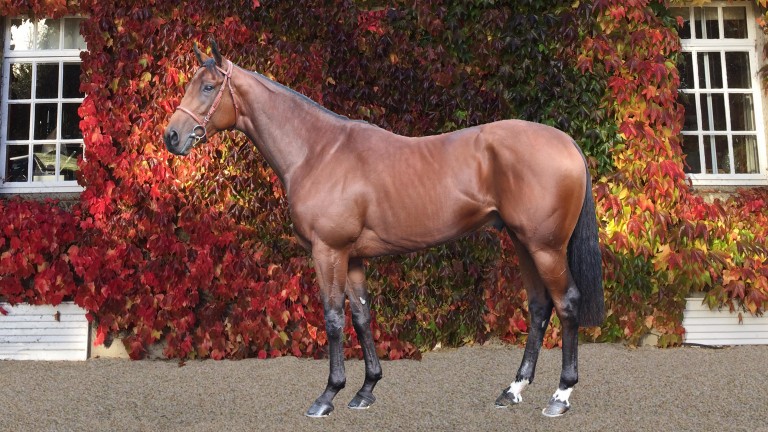 Jim Bolger has made no secret of how highly he regards Verbal Dexterity, who will be attempting to give the Coolcullen trainer a first Racing Post Trophy victory.

Bolger has described the son of Vocalised as being the "best-looking horse in Ireland" and considers the dual winner to be "the complete package", and certainly right up there with the best two-year-olds he has trained.

Having trained five winners of the Dewhurst, including New Approach, Dawn Approach and Teofilo, that is high praise for Verbal Dexterity, who landed the Group 1 National Stakes by three and a half lengths at the Curragh on his most recent start last month.

Kevin Manning's mount will be tackling a mile for the first time but the way he finished out the seven furlongs at the Curragh suggests the extra furlong should not trouble him.

His preparation for the Doncaster test has gone well and the Bolger team are very happy with the colt's well-being.

Verbal Dexterity, whose sire was a dual Group 3 winner for Bolger, carries the colours of his wife Jackie, and was bred by the trainer and his close friend John Corcoran.

Pros Impressive winner of the National Stakes and highest rated in the race on official and RPR figures.

Cons Both wins achieved on soft or heavy ground and unproven at a mile, unlike the favourite.

Elm Park secured one of Qatar Racing's biggest UK wins in the Racing Post Trophy three years ago and the owners pursue a second victory with the unbeaten Roaring Lion.

Roaring Lion, a son of Kitten's Joy, made it three from three when he won the Royal Lodge Stakes last month and his trainer John Gosden considered a trip to the Breeders' Cup with the colt before deciding on the Doncaster prize.

Qatar Racing's advisor David Redvers said: "We're happy to be guided by our trainer. We obviously hope he's going to end up as a Derby horse but there's a question mark in his pedigree as to whether he's going to stay 12 furlongs at Epsom.

"We hope to see him reach his full potential on a track that should suit him ideally."

Jockey Oisin Murphy made his Group 1 breakthrough this month but has not yet achieved the landmark for his main employers.

"It would be the first one for us if he were to do it," said Redvers. "We feel like we're behind the curve with this! Oisin is doing well for other people, which obviously isn't a problem; we're delighted about it."

Pros All wins at this trip and likely to be better on faster ground.

Cons Trainer is 0-5 in the race in the last ten years.

Andrea Atzeni has won the last four runnings of the Racing Post Trophy and has an excellent record at Doncaster so his booking for Chilean was bound to attract extra interest.

The colt pulled right away from his rivals to win a Haydock Listed race on heavy ground and is untried on a surface faster than soft.

Trainer Martyn Meade said: "Everything's gone perfectly well in his preparation and he's in belting form. It's a big step up but he won very convincingly at Haydock and there's more to come from him. I'm hoping for a seriously big run."

Loxley was supplemented by Godolphin, at a cost of £17,500, after one run in which he dead-heated for first in a Goodwood novice race.

Trainer Charlie Appleby said: "Loxley learned a lot at Goodwood and has come on for that run.

"A drop back to a mile isn't a concern and he's ticked every box going into this race, so we felt he deserved a chance at this level before the end of the season."

Gabr takes a significant step up from an odds-on win in a Yarmouth novice event, but the Sir Michael Stoute-trained colt has provided encouragement from the way he has progressed over the intervening 37 days.

"I saw him work a couple of weeks ago and I was surprised how much improvement he'd made. I'm not saying he'll beat the Derby favourites but he's definitely a nice horse in the making.

"He's a beautiful moving horse so I hope they don't get any rain."

David Elsworth won the Racing Post Trophy in 1991 with Seattle Rhyme and has chosen a relative of that colt, Merlin Magic, to carry the trainer's hopes for a second victory.

The Jeff Smith-owned runner, who won a Nottingham maiden last time, is out of a sister to Seattle Rhyme and is by Camelot, who won this race in 2011.

Elsworth said: "We were devastated when he ran disappointingly at Ascot but he turned it round at Nottingham and has pleased us since. We expect him to run well, but it's a tall order."

Alfa Maguire's two victories have been in Class 5 events but Bryan Smart does not expect him to be disgraced.

"This horse goes alright and is no mug," said the trainer. "His class got him close in the sales race when the trip was too short for him.

"This trip will suit him and Graham Lee likes him. He was in a Listed race at Pontefract but it was much too soft so we decided to go for this."

Read exclusive previews of the racing from Doncaster, Newbury and Cheltenham from 6pm daily on racingpost.com

FIRST PUBLISHED 6:00PM, OCT 27 2017
The Pentagon had a slight hold-up since his Leopardstown win. It was very minor but he was on the easy list for a couple of weeks